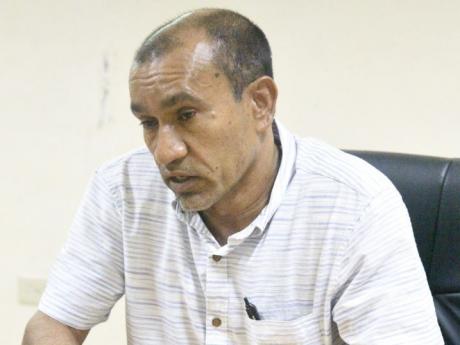 According to Chybar, the police are not able to effectively manage the logistics of the COVID-19 pandemic and regular policing given the less than desired manpower.

President of the Westmoreland Chamber of Commerce and Industry Moses Chybar is calling for additional deployment of security personnel given the rise in the parish's murder toll, which has been averaging five per month since January.

According to Chybar, the police are not able to effectively manage the logistics of the COVID-19 pandemic and regular policing given the less than desired manpower.

"We are short on numbers of policemen and women in the parish, we need more," Chybar said as he vented his frustration at the recent uptick in shootings, murders, and robberies.

"Even though there are some amount of soldiers present we still need more persons because it is not easy to balance everything."

The Government has implemented several measures such as curfews to manage the spread of the COVID-19.

The chamber president argued that those measures have created problems for policing in the parish.

"Because the COVID protocols have to be enforced, that also puts a lot of pressure on the security forces. They have to be doing more monitoring of the timely closure of businesses and ensure that citizens and motorists alike are off the streets ahead of the commencements of the curfews, so we really need to have more security personnel in the parish," Chybar said.

He said Westmoreland could benefit immensely in a temporary way should the Government reintroduce the state of emergency (SOE) to address the current crime situation.

"The SOE as we would have seen before, whenever it is around crime goes down. Yes, if it is reintroduced it is expected to put some level of control to reduce the level of crime that we are experiencing now, the shootings, murders, and the break-ins," Chybar told The Gleaner.

“Our [the chamber] take on it is that the SOE certainly is not sustainable in the long run and so it can only be seen as a temporary measure."

However, the head of the Westmoreland Police Division, Superintendent Robert Gordon, said the issue of manpower shortage is not unique to the parish and that the police are operating with the highest level of professionalism in providing service to residents despite that long-standing challenge.

"Until the JCF [ Jamaica Constabulary Force] can increase its numbers so that we can actually pull from that pool, we have to continue to augment the team that we have," Gordon told The Gleaner.

"We have been strategising and utilising the numbers that we have and there are times where the needs arise, we are supported by other police divisions in Area One as well as from the military."

Westmoreland has recorded 28 murders since the start of the year, seven more when compared with the corresponding period of January 1 to April 21, 2020.

"When you put it in context, last year at this time there was a state of emergency in the parish, so up to last week, we were doing pretty well without the tool of an SOE," Gordon explained.

He indicated that more than 10 persons have been taken into custody, with some being charged, following last week's series of shootings which claimed the lives of at least five persons

"A more pointed and intensive operation output will continue until we can once again reduce these incidents of crime and violence in the parish," Gordon added.