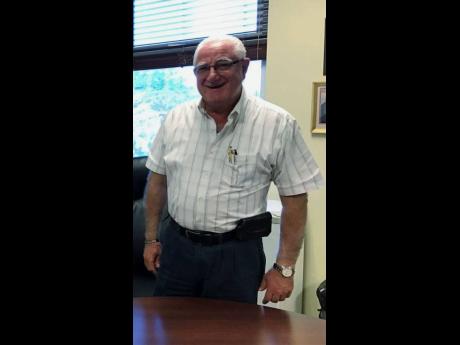 The Jamaican community in Barbados says it is shocked and saddened to learn of the passing of former honorary consul for Jamaica in Barbados, Elias Azan.

Azan died on Wednesday at the University Hospital of the West Indies, Kingston. He was 65 years old.

He served as honorary consul for Jamaica for over 10 years, during which he also served as dean of the Consular Corps of Barbados. Prior to his appointment as honorary consul, his service to the Jamaican community through the Jamaican Association of Barbados, both as president and a member of the executive, spanned many years. He was recognised for his service to Jamaica and Jamaicans in Barbados with the award of the Order of Distinction.

Honorary Consul for Jamaica in Barbados Ella Hoyos, in response to news of his passing said, “Elias was such a gregarious, warm, generous and committed member of the Jamaican community that everyone will remember him fondly. He was such a patriotic, big-hearted, engaged, and enthusiastic Jamaican who also possessed an enormous regional spirit. His passing is a blow to our community and I am sure to his many Barbadian friends who also knew and loved him and to whom he became family over his many years living here. We extend our deepest condolences to his cherished wife of nearly 40 years Yasmin, his beloved sons Lutfy and Omar, his dear mother Angeline, his siblings Joseph and Donna, and the rest of his family and loved ones. May his soul rest in peace and light perpetually shine upon him.”

He was the former managing director of Alamac Trading Company, a family-owned export/import trader located at Fontabelle, Barbados. Alamac Trading distributed many established Jamaican brands and was also the manufacturer/distributor of Herrs brand of chips in Barbados. A few years after the passing of his father, Lutfy Azan, the business was divested and the family relocated to Jamaica.

He is remembered as a family man, an affable, philanthropic and community-spirited businessman and a committed Christian. His active participation and many leadership roles in the Abundant Life Assembly and later New Dimensions Ministries offered him opportunities to serve and to touch the lives of many Barbadians as well.