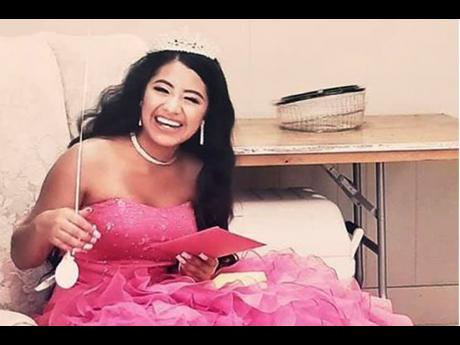 AP
Adriana Palma wears a tiara and ballgown on her quinceanera, her 15th birthday celebration. Quinceaneras are revered in Hispanic culture and celebrated with all the gusto of a wedding. But after her father lost his job, Adriana said, “I lost all hope of having one”. 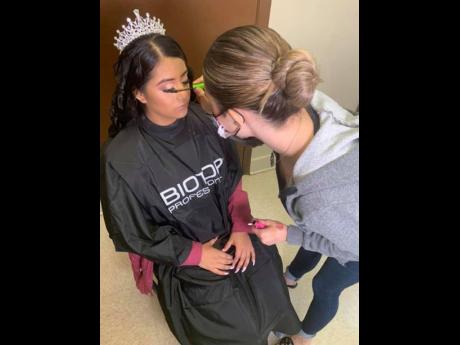 AP
A makeup artist gave Adriana Palma her very first makeup lesson as she got ready for her quinceañera, her 15th birthday celebration.
1
2

Entering her magical quinceañera on her father’s arm, her tiara sparkling and her fuchsia ballgown trimmed with ruffles to perfectly match her cake, Adriana Palma scanned the crowd for familiar faces.

Most of the guests were strangers. But they would soon become like family – without them, this Parisian pink fairy tale of a 15th birthday party would never have come to life.

At least one very important person was missing – Adriana’s grandmother, who, according to custom, would have imparted wisdom and a special gift. She remained in Mexico.

“Don’t worry,” a volunteer at the homeless shelter told Adriana before the February celebration. “Today, we are all your godmothers.”

When the teen left Mexico in early 2020, she looked forward to a new life in Miami with her parents and three younger brothers. But when the pandemic hit, her father’s job disappeared.

Alone and impoverished, they spent four months living in their SUV. Adriana and her brothers –hungry and unfamiliar with English – crammed in homework assignments whenever they could find Wi-Fi.

The Miami Rescue Mission had been inundated with housing requests after the pandemic, but they found a small apartment for the Palmas in June. The family slowly adapted to new routines.

But Adriana’s 15th birthday was coming, a day she had dreamt of since she was a little girl. Quinceañeras are revered in Hispanic culture and celebrated with all the gusto of a wedding. But after her father lost his job, Adriana said, “I lost all hope of having one”.

“We will be together as a family,” she told her. “That will be my gift to you.”

Lian Navarro, a community development associate at Miami Rescue Mission, asks caseworkers every month for the names of children celebrating a birthday at the shelter. Her nearly 60 volunteer ‘Cover Girls’, named after the protective covering of an umbrella, bring cupcakes, balloons and small toys to ensure children are not overlooked.

When Navarro, a Cuban American, heard of Adriana’s upcoming 15th birthday, she knew the importance of the occasion. And she resolved to make the quinceañera happen.

Elle Montero and Tadia Silva, Miami real estate agents and long-time ‘Cover Girls’, were used to pulling off events with scarce resources. But as they scanned the bare room of a Miami church filled with nothing but a tree and a few tables, they thought: This is impossible.

Then they set out to do the impossible.

They’d already settled on a Parisian theme, something feminine and floral, and remembered some vintage trunks with big brass buckles that Silva had in storage. They found small gold Eiffel towers, placed cupcakes in delicate floral teacups, filled elegant glass jars with pastel macarons and sweet madeleines, and finished each table with pink floral centrepieces.

“We want them to have these memories. They have to believe they are worth all that because they are,” said Silva. “Some people don’t excel because they think they can’t do better because they’ve been conditioned that this is their fate, but little by little, they get back on their feet.”

The ‘Cover Girls’ stacked Adriana’s table with everything on her wish list, bracelets and purses, pyjamas and gift cards, laughing like proud aunties as she peeled off the wrapping paper.

She danced with her father, swaying under the palm trees to Ed Sheeran’s Photograph as many of her new godmothers wept with joy.

As the party was about to end, Adriana tucked handwritten notes into each hand; in her halting English, she thanked her godmothers for the magical memories.