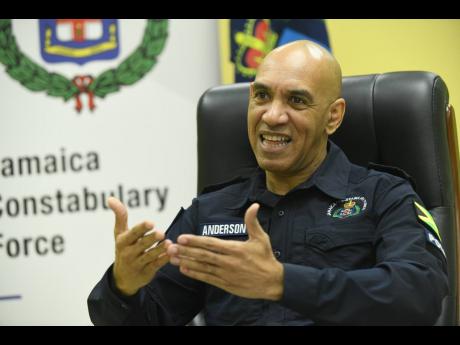 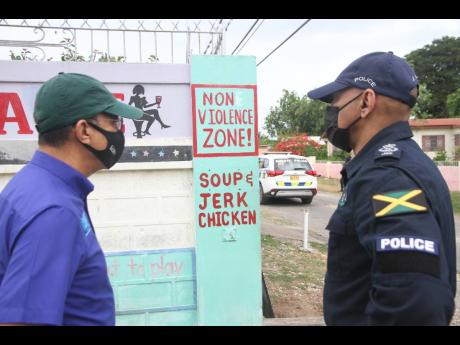 File
Minister of National Security Dr Horace Chang (left) and Commissioner of Police Major General Antony Anderson in discussion during a high-level tour of the troubled community of Farm/Effortville in Clarendon after five persons were brutally killed there in December 2020.
1
2

The Office of the Services Commissions (OSC) has reversed its position and released the contract of Police Commissioner Major General Antony Anderson, which shows the top cop with an $18 million annual salary package.

The OSC had initially denied a Sunday Gleaner access to information request for the document on the basis of privacy, but faced significant public pushback with the Prime Minister Andrew Holness and transparency advocates declaring that the public had a right to the information.

But already, early reactions from national security interests suggest that the former military leader may be underpaid for policing a nation that’s consistently among the most murderous per capita.

Last year, Jamaica distinguished itself with homicide a rate of 46.5 per 100,000, the highest in the Latin America and Caribbean region.

It will take a while longer, however, to find out how Anderson’s performance has been judged as the assessment documents are still being sought by The Sunday Gleaner.

Anderson’s three-year contract came in for scrutiny as he neared the March 19 expiration date and subsequent confirmation from the Police Service Commission (PSC) that it will be extended for an additional three years.

Under the existing contract, the commissioner’s basic salary per year is $13.5 million, to which is added approximately $4.3 million in benefits for a total compensation package of $17.8 million.

The benefits include standard features such as housing ($1.3 million); on call ($1.3 million); telephone; executive dress; uniform; and $1.5 million as a fixed motor vehicle allowance.

Anderson is also entitled to a gratuity of 25 per cent of his basic salary upon the completion of his engagement, another standard feature for contracted public servants.

Although the highest paid commissioner in at least a decade, the amount is not very far off what was paid to some of his recent predecessors, including those whose careers were entirely with the Jamaica Constabulary Force (JCF).

In 2010, when he became commissioner, Owen Ellington was paid approximately $9 million, of which $6.5 million was for basic salary. By the time he left office in 2014, his package had climbed to $13 million, which included a $10 million basic pay.

More comprehensive data on the remuneration for persons ranked immediately below the commissioner as well as the senior leadership of the Jamaica Defence Force are being sought from the authorities.

On a regional level, available data from major CARICOM powers show the top Jamaican cop on par with his counterpart in Barbados, who earns a fixed, publicly available, income of about J$917,000 monthly ($11 million annually).

Like Jamaica, Trinidad is beset with a deep-rooted crime problem. The twin-island nation last year recorded 395 murders, a rate of 28.2 per 100,000.

In addition to the compensation, Major General Anderson’s contract also included provisions for his performance to be assessed, a key reason for the request of his contract.

It reaffirmed his duties as the operational commander for the force, but expressly noted that he was to undertake other jobs stipulated in terms of reference and performance targets negotiated with the permanent secretary in the Ministry of National Security.

Anderson is also to comply with any agreed performance appraisal system required by the PSC as well as provide the commission, parliamentary committees or other authorities with reports as directed.

Any such negotiated targets have never been made public and are now the subject of an access to information request.

The Professor Gordon Shirley-chaired PSC has said it has monthly meetings with the commissioner, in addition to ones that deal with the performance of the force and Anderson’s role.

Even as he acknowledged that judging any commissioner is a tough task, given the many factors that contribute to crime, Professor Anthony Clayton, a security expert, said barring any sensitive targets, the metrics used to assess the commissioner’s last three years should be shared with the public.

He argued that such a disclosure would not only improve accountability, but also ensure fairness to the commissioner, whom he has hailed for anchoring institutional changes in 156-year-old police force.

The gravity of the crime problem, linked to issues such as poor parenting and socio-economic and political factors, means commissioners like Anderson face an uphill task and could justify even more pay for the former national security advisor, the University of the West Indies academic insisted.

“We live in one of the most violent countries,” said Clayton, a member of the Crime Monitoring and Oversight Committee.

Howard Mitchell, who was among the critics of the OSC’s decision to initially block access to the contract, and Rear Admiral Lewin supported the principle of disclosure, but cautioned against revealing the performance targets.

“Targets are going to be a sliding thing. You’ve got to appreciate that circumstances and conditions change and those things can have an effect on targets,” Lewin said, adding that he did not recall negotiating his terms of reference with the permanent secretary during his tenure.

“One has to be realistic and careful about targets. I know what people will immediately think about is number of murders and shootings. You don’t want to get into a position that the first thing you try to do is to create different squads because you are being pushed. It’s not just a question of statistics,” said the former commissioner.

A report on the targets for which a commissioner is being held accountable should be tabled before Parliament, argued Mitchell, a former president of the Private Sector Organisation of Jamaica.

He joined Lewin and Clayton in recognising the challenges in transforming the police force, which 62.5 per cent of Jamaicans in the 2019 crime victimisation survey said was the most corrupt entity in the criminal justice system.

“Given the difficulties of the job, given the lack of resources and support that the police force has been getting, once he performs, pay him what you will if he can get our citizens to live in peace and to get our economy to not be hampered by crime,” the lawyer said.

Some estimates have put the annual cost of crime to the economy at $68 billion, or over three per cent of GDP.

The Government projected to spend $61 billion on national security for the four year period up to March this year, four times the $14.7 billion spent for the previous five-year period, Prime Minister Holness has said, to show his commitment to improving citizen security.

Anderson’s tenure has seen a focus on improving the force’s public communication; welfare boost for cops; targets on criminal gangs; and crucially, the introduction of zones of special operations and the widespread, controversial use of rights-curtailing states of emergency (SOEs) in normal policing, which is now being challenged in the courts.

In a recent report on his tenure, Anderson noted murder reductions in communities where SOEs were declared, the arrest of 167 gangsters and a clear-up rate (when the police charge a suspect), moving from 39 per cent in 2019 to 53 per cent in 2020.

EDITOR'S NOTE: In an earlier version of the story, Commissioner Gary Griffith's basic salary was initially calculated in US dollars. He, in fact, earns TTD40,000 per month. We apologise for the error.