Illiterate at 13: Overlooked by men, ordained by God 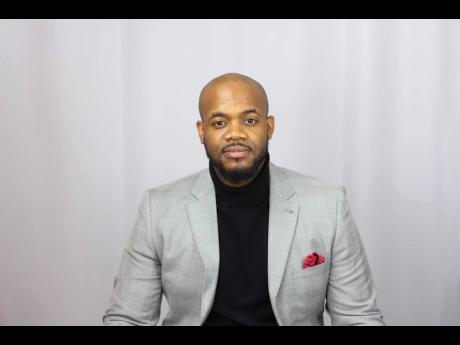 Contributed
Ontonio Dawson speaks of how he overcame illiteracy. 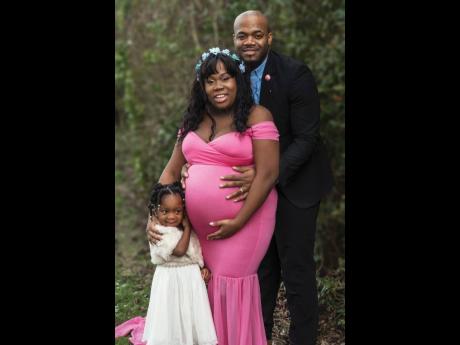 Contributed
Ontonio Dawson and his family.
1
2

AT THE age of 13, Ontonio Dawson found out how emotionally overwhelming and difficult life can be for someone who lacks literacy skills.

His inability to read crippled his aspirations, but little did the former police - now minister of religion, motivational speaker, author and psychological therapist in London, England - know that God was setting up his setbacks for successes.

“I grew up in the parish of Trelawny, in a small community called Carterwood. I grew up as a happy child, rearing goats and cows and cultivating yam and other crops with my parents. But my major struggle was that I could not read,” Dawson told Family and Religion.

He said as he watched his former schoolmates matriculating to other institutions, he lost hope and questioned the meaning of his life.

“It was my older brother and sister who encouraged me and gave me hope. My sister bought me the book: Gifted Hands by Ben Carson and that was the turning point in my life. I remember opening up his book and not knowing most of the words, so I started to break words down into smaller words. The first big word I learnt was ‘Together’”

He grew confidence, and by the end of the seventh grade, Dawson was reading at the eighth-grade level.

He moved on from being the boy that was bullied and mocked for his illiteracy to becoming head boy and valedictorian of his graduating class at all-age school.

“God was shining his favour on me. I got accepted to two high schools and I went to the Holmwood Technical High. Even though I was making so much progress there were people who did not see potential beyond my previous failure, but I became involved in all areas. I became deputy head boy for the school and made history in my community by getting fives ones in CXC. I was often laughed at because of my love for God, but at the end, God allowed me to smile.”

Dawson credits his decision to give his life to God at age seven, though influenced by his brother’s baptism, to all he has been able to accomplish throughout the years.

“I have been a Christian for over 20 years and the most rewarding part of this journey is seeing how God has used my setback and my failures to become the bridge that has allowed others to meet him. Everything that I went through was preparing me for ministry.”

He added: “After starting a ministry for young people from diverse spiritual backgrounds, I was called to join the Jamaica Constabulary Force in 2010. Whilst in police training, I continued singing and conducting prayer meetings at the police college in Twickenham Park. For a season, my spiritual life was on life support because I got distracted by the job and the people around me but I soon found a church home and I recall the very first Sunday the bishop prophesied in my life.”

Two years later, Dawson said the pastor’s prophetic declaration was fulfilled as he began preaching, recording the sermons and sharing them via social media platforms.

“This gave birth to a ministry called ‘Spiritual Breakfast’ and over time, my WhatsApp audios were extending its borders to the UK, Canada, USA, various Caribbean islands and beyond. I started hearing testimonies from all over. As the ministry reached more people, I became more desperate for God. Shortly after the ministry started, I was ordained a minister by Bishop Vincent McKenzie, who had prophesied into my life.”

The man of God, who later met and married his wife Calesia, migrated to the UK and became an ordained elder at the Lighthouse Fellowship in Cambridge, where he also serves as the youth pastor.

The proud father of three said he is happy for the life God has blessed him with, particularly his wife, who he describes as the one who organises his engagements and helps to maximise his output.

In addition to his book - God’s Seed for Success - Dawson has a YouTube series with his brother in Leonardo Plummer called the ‘Spiritual Breakfast Network’.

“Additionally, my wife and I are very passionate about marriage and travelling. As a result of this, during the pandemic we created a YouTube channel called ‘Travel with the Dawson’s’ to highlight good Kingdom principles in marriage to help strengthen marriages and to empower those who are courting from a distance. I am also the founder of the #SpeakBlackMan movement that aims to empower black men to speak about their emotions and learn psychological tools to help them to overcome life struggles.

“I am anointed to use simple everyday life experiences to minister to people and it is my desire to package the word of God to break cultural barriers and religious stereotype to unite the body of Christ. It is my intention to continue to reach the lost at any cost,” he noted.