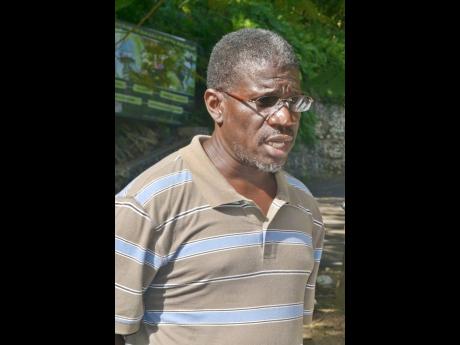 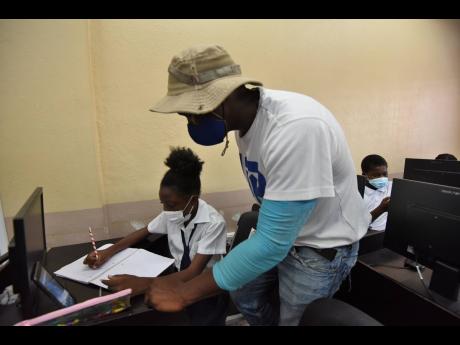 As a nation, we have been waging war against crime and violence for a long time. We have described it as a scourge, labelled it as a monster. We have blamed it on myriad maladies within the society, not least of which is our economic malaise. No wonder it has, for a long time, been identified as public enemy number one.

I doubt there could be many who do not want to defeat this enemy. Even those that we easily identify as the perpetrators, I believe, would like to see the back of this monster even as much of the pain they inflict on others is their misguided way of dealing with the violence with which they have had to contend every day. They, like many in the crime-fighting business, believe that we can use violence to defeat violence.

We have developed and implemented many crime-fighting strategies over time, only to see this problem not contained but spiralling out of control. Contrary to the claims politicians often make, crime has not been contained in this country for as long as I can remember, and my memory goes back a long way. It has only gone from bad to worse. This is no consolation, but I do not know that it has been different in any other jurisdiction.

As it relates to our own country, the question is, what have we not tried? Even the now highly touted states of emergency have been tried before, albeit under different names. I do have some concerns about this suddenly seemingly indispensable tool to fight crime. It has not passed on me that it seems as if it is the only thing the present commissioner of police, a man who had his training in the army, can come up with as the strategy to fight crime. We need to bear in mind that it is only under such circumstance that the army is trained to interface with the public. Is it that the commissioner is reflecting the limitations of his training for the job that he occupies?

But I do have a more fundamental problem to this approach to crime fighting. It is not just that this has been tried and failed in the past, but it has always been that which disadvantages the weak to make the strong feel safe. It places undue restrictions on persons in a given demographic to make those living elsewhere feel safe. When I hear the prime minister claiming that persons in these communities welcome the states of emergency, I think he is conflating issues. They welcome the presence of the security forces, not necessarily the other elements of the measures. Why it is that for them to get the protection of the security forces, they have to be denied certain rights when other persons have that same presence and protection without such sacrifices?

And by the way, it is the same with the restrictions imposed to contain the COVID pandemic. These restrictions do not and were never intended to affect persons in the same way. One cannot help but feel that these measures were meant to lock down those who are in certain communities, the same communities where their accommodation is appropriate just to go in on time to sleep. Time on the street or going to church is critical to their well-being. The parties, almost an essential for these communities, are indeed unsafe, but not more than the social gatherings at the hotels for those who can afford to go to the north coast to pass the time of the lockdown.

But back to the issue of crime fighting. I am no expert at it and so must admit that I do not have any crime-fighting strategy to suggest, but one doesn’t have to be an expert to say what has not worked. In spite of all that we have invested and implemented by way of crime fighting – a number of army men to lead the Jamaica Constabulary Force, highly paid imported crime fighters, and the many strategies developed and implemented over the years - none of them has worked. Crime is probably the single greatest factor for the constant haemorrhaging of our citizenry to other countries leaving us without skills and competencies that we desperately need for nation building.

Is it time to try something else? But what else is there to try? I suggest making peace.

Admittedly, this is far more demanding than crime fighting. It is going to engage more in terms of time, resources, and resourcefulness. The truth is we didn’t get to where we are overnight, and we definitely will not get out of it overnight. Were we to succeed in making peace, there would be little or no need for crime fighting. It is only by working for peace that we are going to address some of the fundamental problems that have been contributing to the runaway crime problems in the society.

To begin with, peace must be distinguished from the various truces we broker from time to time. Ever so often, when there is an outbreak of hostilities, we see the Peace Management Unit going in to try to defuse and de-escalate the situation, but it seems ill-equipped to address some of the fundamental causes to the flare-up of violence in these communities. The result is that within a few months, they are back in the same community, doing the same thing all over again. The truth is that many persons are interested in nothing more than a truce, that which will require little of them while they continue to benefit greatly from the prevailing circumstances as many do at the expense of real peace. At the signing of an agreement for truce, they celebrate peace, peace when there is really no peace.

Peace is far more than the cessation of hostilities and the absence of conflict. It is these, but a lot more. Peace must bring about or is brought about by overcoming hunger, which is realisable; the overcoming of diseases that are preventable; the ending of wars and conflicts, which is sensible. These are the principal peace or life-denying powers that are at work in our society. They are under the control of humans, which means that it is within our power to get rid of them. They are the afflictions mainly of the weak and vulnerable, but they are under the control of the powerful, which is what makes peace the burden of the powerful. They do owe it to the weak. To whom much is given, much is expected.

What do they who constitute the powerful minority owe to those who constitute the powerless majority? Justice, mercy, and humility. These are fundamental to peace and human flourishing in any society. We need no great imagination to see what a difference just wages would make in alleviating hunger and disease from among us. We need no imagination to see, were we to study war no more, how much resources and resourcefulness would be freed up to engage life-giving and life-sustaining enterprises. What a difference it would make if we were to allow others the opportunity of a new start, which mercy affords. It is the only way to meaningfully treat with that, which is common to all of us as humans – failure. Because we have all failed, when we show mercy, it is not to be patronising or condescending. It should be with the humility that shows due regard for God and the respect we owe even those we consider to be the least and lowest among us.

It might surprise many to discover how much persons value respect, moreso than anything else we may have to offer them. It is what many have killed and will kill for. The black man stopped by the white policeman in Brooklyn, New York, needs it as much as the policeman himself. If we were to give it to each other, it could de-escalate a lot of potentially deadly situations. It is absolutely necessary for any realisation of peace that we think about others in as much as we think about ourselves because peace for one depends on peace for all. It is for the sake of peace that scripture exhorts do unto others as you would have them do to you.

It is in the business of peace-making that the Church is best able to offer leadership to and in any given society. According to scripture, any claim to being the children of God can only be on the basis of being peacemakers. The Church should take this responsibility seriously, starting by more intentionally and consistently engage this calling rather than much of what it is involved in, often fomenting conflict rather than peace. The Church is going to lead in this regard by modelling justice, mercy, and humility, not just in its internal life, but in how we interact with those that do not belong to this sheepfold. If the Church has any power, then that power should always be to serve others, especially the weak and vulnerable, not to be used in the self-serving, self-preserving, and self-promoting ways we have been seeing more often than not. Did not Jesus say that the greatest among you must become the servant of all?

Where is the justice when sanitation workers who carry out one of the most difficult and risky responsibilities have had to do twice the prescribed hours to get the minimum wage? And why are they not seen as essential workers? And we are surprised when the children of these families become violently rebellious and willing conscripts to the culture of crime and violence. Does the Church – the peacemakers in society – have a responsibility towards the weak and vulnerable? For a long time, I have advocated that the Church should insist on having a seat at the table when negotiations are taking place for the setting of the minimum wage. At that table, there is the need for someone to insist on justice, mercy, and humility. There is the need for someone to advocate for peace.

I wonder and invite us to ponder, could there be a correlation between our country having possibly the greatest disparity between the rich and the poor and us having one of the highest per capita rates of violent crime? Crime fighting is not working; we need to try peace-making.

The Reverend Jonathan Hemmings is pastor of the Ocho Rios Baptist Church in St Ann. Send feedback to columns@gleanerjm.com.