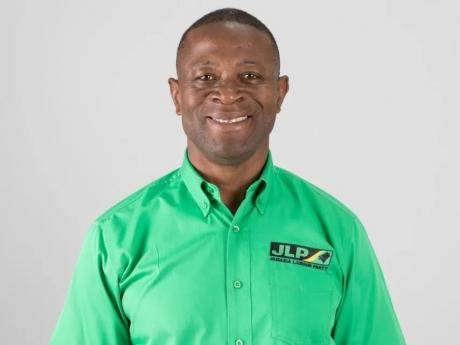 Wright has been under scrutiny for the past few weeks following a viral video in which he assaulted a his common-law partner.

In a joint statement, the Private Sector Organisation of Jamaica (PSOJ) and the Jamaica Chamber of Commerce (JCC) said Wright is not of the calibre that belongs in Parliament.

Wright has been under scrutiny for the past few weeks following a viral video in which he reportedly assaulted a his common-law partner.

Both Wright and the woman, Tannisha Singh, had filed reports to the police but decided they would not press charges.

The violent and disgusting viral video recording showing a man assaulting a woman with his hands and with a stool that was circulated in early April is forever seared into the minds of countless Jamaicans.

The sheer and sustained brutality that was on display was outrageous at first sight; that outrage was exacerbated by the allegation that the perpetrator was a member of the nation’s Parliament.

It is our understanding that the alleged perpetrator, a Member of Parliament, has neither confirmed nor denied his involvement to either the police or his parliamentary colleagues.

It is the view of the JCC and the PSOJ and its member associations that if the allegations regarding the identification of the assailant in the video are true, that the Member of Parliament should do the honourable thing and resign his seat in Parliament.

We say this even in the knowledge that there has not been a conclusive investigative or court-directed process regarding the identification of the assailant in the video.

We are aware, based on statements from the Jamaica Constabulary Force, that even though the police directed two persons to seek medical treatment, they have not charged anyone arising from the videotaped assault because the two persons who visited separate police stations to make reports, declined to provide statements; and, per the police, the videotape was not of a sufficiently high quality to categorically identify those involved.

We note that the alleged assailant has stepped down from representing his party’s parliamentary caucus and has indicated a desire to remain in Parliament as an independent MP and is in the process of applying for leave from Parliament.

We do not believe that this change in status, however long it is meant to last, suffices.

Since at this point, the alleged perpetrator has not publicly insisted on his unequivocal innocence to his colleagues and to the police, he is not of the calibre that belongs in Parliament.

Both the JCC and PSOJ are fully supportive of the call by the Jamaica Accountability Meter Portal, for the re-introduction and inclusion of the Constitution (Amendment) (Impeachment) Bill on the GOJ’s 2021/2022 legislative agenda; the convening of a Joint Select Committee to review and hold hearings on the Bill; and the passage and enactment of the bill in the 2021/2022 legislative year.

Our House of Parliament cannot be seen to be delicately manoeuvring between the raindrops on demanding accountability.

All Jamaica is watching.