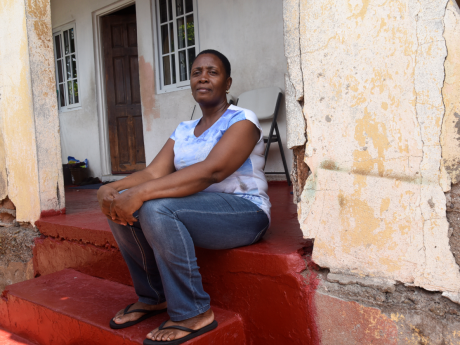 Antoinette Beckford... has been unemployed since 2013 and is asking earnestly for contributions to offset the $1,083,300 required for the procedures at the UHWI.

Fifty-three-year-old Antoinette Beckford is in need of an urgent diagnostic coronary angiogram to detect narrowing or blockage.

Following the procedure, Beckford may be required to undergo a percutaneous coronary intervention (PCI) to open up the blood vessels in her heart.

From as early as 2019, Beckford had been experiencing heart palpitations in the nights, coupled with anxiety but a series of tests and even 24-hour Holter monitoring which recorded her heart rate and rhythm found no abnormalities.

On December 5, 2020, she recognized that her blood pressure level was high and took home remedy to try and stabilise it.

“When I woke up on Sunday morning, that was the sixth of December, I realised that my heart was beating hard. When I got up, I couldn’t walk good. I was stumbling,” she recounted.

She was immediately taken to the University Hospital of the West Indies (UHWI) and after a few tests, the mother of two was told that she had suffered a heart attack.

Beckford was hospitalised for a week where she received several injections with blood thinners and has been on medication since then.

She has also been visiting a cardiologist at the Heart Foundation of Jamaica where routine checks are done on her heart.

Monthly medications round up to $20,000 which Beckford purchases with the help of her daughters and the subsidy from the National Health Fund.

The Franklin Town, Kingston resident has been having sleepless nights and is unable to carry out her usual tasks.

Beckford also suffers from hypertension and found out after the heart attack that she also has high cholesterol.

“Most times my body just gets numb. They give me a pill to put under my tongue, so if anything, it helps to release blood to my arteries,” she explained.

Beckford has been unemployed since 2013 and is asking earnestly for contributions, no matter how small, to offset the $1,083,300 required for the procedures at UHWI.

She has written a letter to the health ministry requesting support and has also asked family and friends for support.

“It’s very urgent and I really want to get better. I’ve had too many sleepless nights and I can’t walk very far either. Most days I am in the bed and if I lie down too flat, I feel like the air is blocking off completely and I have to gasp for air,” she said.

Her sister, Joy Beckford, with whom she has shared a home for over 20 years, is appealing for financial assistance.

She told The Gleaner that she has rushed her sister to the hospital about seven times in the wee hours since 2019.

“I’d like them to help her cause we really don’t have it right now. I love my sister very much and I really don’t want anything to happen to her,” the 58-year-old said.

Here’s how you can help Antoinette Beckford: