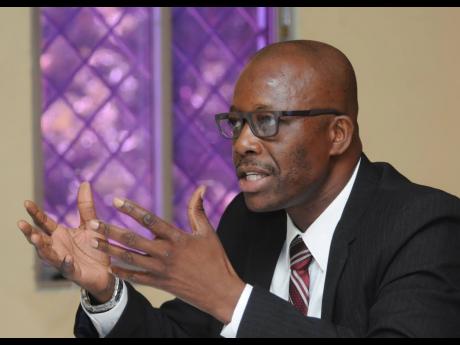 While the police in Area One are reporting a marginal decrease in murders since the start of the year, measures imposed under the Disaster Risk Management Act to mitigate the spread of COVID-19 have not been of much help to the security forces’ anti-crime strategies over the period.

According to data from the Jamaica Constabulary Force (JCF) for the period January 1 to April 23, murders (99) jumped by 46 per cent; shootings (87) increased by 19 per cent; but there were fewer incidents of rape (18), robberies (36), and break-ins (42) over the corresponding period last year.

All divisions, except Trelawny, had increases in killings. The Superintendent Carlos Russell-led division saw a decline of 56 per cent, with four homicides, but St James (52) increased by 23, or 79 per cent; Westmoreland (26) by seven, or 33 per cent; and Hanover (15) by six, or 67 per cent, over the corresponding period.

Nationwide, murders have increased year-on-year by four per cent. There were 434 killings between January 1 and April 23, compared to 418 for the corresponding period in 2020.

The Government tightened curfew hours during the Easter season, which not only affected commercial earning, but also forced citizens to stay indoors, as the rate of contagion of the coronavirus threatened to get out of control. However, Assistant Commissioner of Police Clifford Chambers believes that states of public emergency (SOEs) offered greater support to crime-fighting.

“With the SOE, the police and the military had equal powers and the military could enforce and operate by themselves and there were far more resources in the space, far more military and police buffers, and roadblocks,” he added.

Under SOEs, a person could be detained by the security forces for up to 90 days while investigations continued. A tribunal was also established under the Emergency Powers Regulations to hear a claimant’s objection to his/her detention, but the months-long detention of suspects without charge was ruled unconstitutional by the Supreme Court last September.

The Government has since lodged an appeal.

According to the veteran crime-fighter, analysis of the first quarters between 2017 and 2020 shows that murders decreased drastically during the SOEs.

However, although murders fell in most of the 10 police divisions under SOEs up to August 2020, there was negligible impact on the overall killings.

Data provided by Chambers showed that more illegal firearms were recovered across three of the divisions for the first quarter of 2021, compared to the corresponding period last year, while Hanover broke even.

All the divisions recorded an increase of major wanted persons and an uptick in convictions, as the prosecution relied more on forensic and ballistic evidence.

Chambers, former head of the Counter-Terrorism and Organised Crime Branch, said that special attention is being given to gangs operating in the area.

“All of their locations are being given a kind of focus and operational response that forces them into displacement. The displacement itself creates some challenges, because, although we control the areas, they are committing the crimes in other spaces,” Chambers told The Gleaner.

Illegal parties have been a concern during the restricted period, but the Area One top cop is full of praise for the partnership between the police and the residents.

“We rely a lot on the community where these illegal parties are concerned and I personally want to say thanks to our citizens because, the way these illegal gatherings are being held, oftentimes law enforcement cannot know, because we even have noiseless parties, or parties that are being kept in basements or Bluetooth parties,” said Chambers.

In the last three weeks, dozens of persons have been charged under the Disaster Risk Management Act, including 34 from one location in Hanover.

Major rival gangs in Area One

One Voice vs One-leg