Jamaicans cash in on US discrimination suit payout 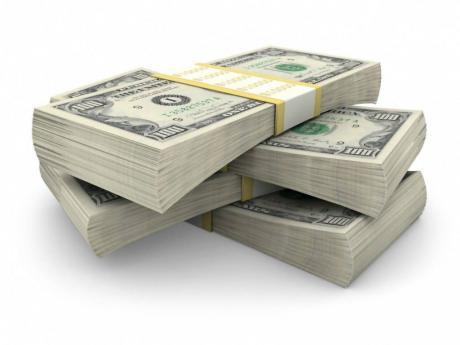 About 90 Jamaicans workers will receive cheques ranging from less than US$1,000 to more than US$14,000 under the settlement with the Yellowstone Club and Georgia-based staffing firm Hospitality Staffing Solutions.

BILLINGS, Montana (AP):
Dozens of Jamaicans recruited to work as cooks, servers, and housekeepers at a Montana ski resort for the ultra-rich have reached a US$1-million settlement over allegations they were discriminated against and paid less than other employees to do the same work.

About 90 Jamaicans workers will receive cheques ranging from less than US$1,000 to more than US$14,000 under the settlement with the Yellowstone Club and Georgia-based staffing firm Hospitality Staffing Solutions, court documents show.

The workers alleged they did not receive tips or service charges included on restaurant and bar bills like other employees did while cooking for or serving club members, who include Microsoft founder Bill Gates, Berkshire Hathaway founder Warren Buffett, and Facebook co-founder Mark Zuckerberg.

Neither the club nor the staffing agency admitted any liability under the settlement.

The settlement approved by US District Judge Sam Haddon on April 22 came in a lawsuit filed on the workers' behalf in 2019.

It covered their treatment at the exclusive ski and golf club in the mountains near Big Sky during the winter of 2017-18.

The Jamaicans alleged they had been recruited to work at the club through fraudulent claims about the tips and service charges they would receive, and then brought to Montana through a federal employment visa programme.

The suit claimed the lost tips and service charges could amount to around US$500 a night for workers at the nicest restaurants.

The suit also said lower wages were paid to Jamaican workers, with cooks paid US$12 per hour, while others were paid US$15-US$18 an hour.

It alleged non-Jamaican workers were given preference to work at special events where they could be paid more money.

Those who complained said they were told they would not receive tips and service charges because they “were not from here,” while a server who complained was told he could always be “taken back to Jamaica,” the lawsuit said.

Under the settlement, the club will pay US$515,000 and Hospitality Staffing will pay $485,000, according to court documents.

Yellowstone Club General Manager Hans Williamson said in a statement that the resort now directly employs workers who come from Jamaica under the employment visa programme.

Williamson said the majority of those workers return each year and the programme has grown.