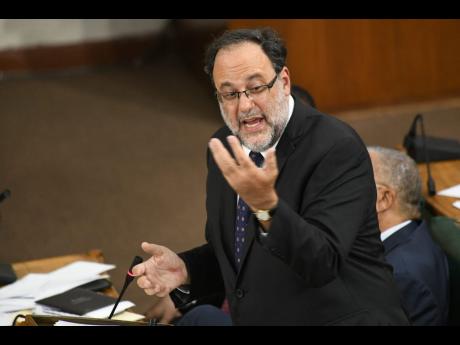 Golding ... gave notice of his plans to table the bill a short while ago during the sitting of the Lower House.

Opposition Leader Mark Golding has moved to table a private bill on impeachment.

Golding gave notice of his plans to table the bill a short while ago during the sitting of the Lower House.

The private bill is being introduced amid intense debate and public outcry about a video in which a man, said to be Westmoreland Central Member of Parliament George Wright, was seen abusing a woman.

Since the video went viral, Wright has taken a leave of absence from the House.

However, a police probe stalled after he and his common-law partner Tannisha Singh refused to provide a statement to investigators.

READ: Why the police have closed the assault case involving Westmoreland MP

The Parliamentary Opposition has tabled a motion calling for Wright to be sanctioned. 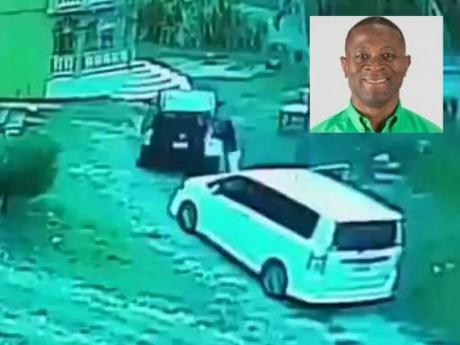 Mark Golding's attempt at introducing a private bill to address the issue of impeachment of public officials comes about a week after former prime minister Bruce Golding urged the public to force lawmakers' hands to retable an impeachment bill that he sought to get approved in Parliament before he left office.

Under the Golding administration of 2007, Justice Minister Delroy Chuck laid a Bill in Parliament in 2011 for the impeachment of public officials.

The proposed statute eventually fell off the table and was never reintroduced.

The former prime minister said legislation to impeach public officials who ran afoul of the law, was included in the Jamaica Labour Party Manifesto in the run-up to the 2007 general elections.

In a Gleaner interview last week, Golding urged the current Parliament to revisit the impeachment legislation.

“I don't know whether there has been any rethinking but I certainly believe that it is something that ought to be revisited. It is something that applies to senior officials of government, both elected and non elected,” the former prime minister said.