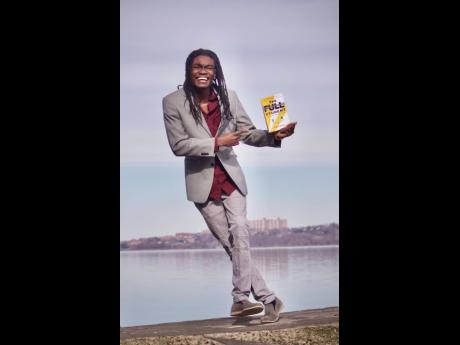 The book, according to Leslie, was birthed on the idea that a student’s success, especially in the first few years after leaving school, begins before they even graduate.

He says the book also shows strategies, anecdotes, step-by-step guides, and principles to maximise learning, time management, share approaches to learning, and to develop one’s own potential beyond college.

Expounding on the book, Leslie said the idea began in 2019 while he was a peer adviser to around 50 freshmen, where he was assigned to assist students in their transition from high school to college.

“At the same time, I was managing my own business, reading one book every week, participating in two clubs on campus, leading my university orchestra, and I was also getting straight A’s, all of which I’m still doing right now. At the time, I found my role as a peer adviser shifting from being a social guide towards being a role model and academic guide to achieving more in college,” he shared.

Leslie said the principles and systems that he lay out for students helped them to the point where students who were not directly assigned to him began seeking his counsel.

The book, he says, is to share that secret – not just with those he is in contact with, but students from everywhere.

“ The Full Student has been written for the student who believes that college is not the goal, but a means to an end for which this book can help you achieve. For the student who seeks to realise their academic goals while having more time on their hands, this book is for them too,” he shared, adding that he also opened up on how he managed to stay busy through his entire college career while achieving a ‘dream GPA’ (grade point average).

A past student of Campion College, Leslie said he started out as a slow learner before using the same system he is now teaching to turn his life around.

He now wants to replicate the same strategies, as he said, “Not everyone is going to be naturally gifted in their academics, but in the long run it is those who master the game that win.”

Leslie, who is now looking forward to graduating from Seton Hall University in New Jersey with honours, said he has already been accepted into their graduate programme to study digital communication.