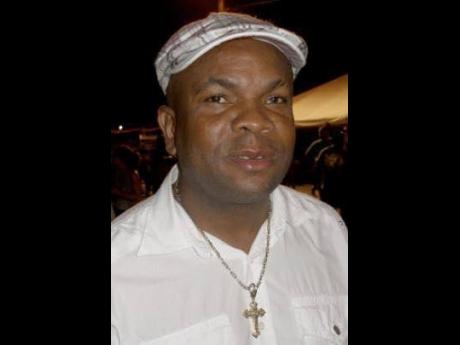 With the 2021 murder count in St James outpacing last year’s figure by almost 50 per cent for the corresponding period, former top-flight crime-fighter Clive ‘Karate Georgie’ Lawrence said the police are caught between a rock and a hard place, as while they are dismantling criminal gangs, family feuds are emerging as an area of deadly concern.

“When you look at the success the police has had in dismantling gangs in Flankers and Norwood, the large number of illegal firearms that have been seized and numerous criminals that have been taken out of circulation, it would be grossly unfair to say the police are not doing well, despite the current murder figures,” said Lawrence, arguably the most feared cop in his era of battling gangsters.

According to him, St James has had a long history of gang-related violence dating back several decades, and he thinks the current police leadership should be credited for taking down arguably the top players in the Flankers-based Sparta gang and the Salt Spring-based G-City gang, which are renowned violence producers.

“Gang violence has always been a part of the culture of St James, dating back to at least the early 1980s,” said Lawrence, whose colourful crime-fighting history includes confrontations with notorious gangsters such as Ichar ‘Dread’ Panton and the much-feared Miguel Jarrett.

According to Lawrence, his heart goes out to St James’ commander, Superintendent Vernon Ellis, who took command of the parish against the backdrop of a record 335 murders in 2017 and promptly brought the number down to 104 in 2018 – the lowest figure since 2006.

“I wish the people in St James would support the police more in terms of providing information that can lead to the arrest of more criminals and the seizure of more illegal weapons because I know Superintendent Ellis is committed to crippling gang violence, but he needs the support of the public,” said Lawrence, a recipient of the Prime Minister’s Award for his crime-fighting exploits.

While he is confident the gangsters will find no solace under Ellis’ leadership, Lawrence is very concerned about the escalation in deadly family disputes, which are now churning out an increasing number of murders, including contract killings.

“The police are powerless to stop domestic murders, such as a man killing his girlfriend or vice versa, unless one of the parties seeks the intervention of the police prior to any act of violence,” said Lawrence. “There are no preventative measures to address things like premeditated murders, which shows up in the murder statistics and can make the police look bad.”

Lawrence said he is particularly disturbed by the growing number of cases where family members are turning to contract killers to settle disputes over land and other material assets.

“It is really troubling to see people paying criminals to kill their own family members over material things … the numbers are climbing at an alarming rate, and sadly, this is one of the areas where the police are powerless to act unless they get information ahead of time.”

With St James poised for economic expansion with ambitious plans in the pipeline for the business process outsourcing and tourism sectors, Lawrence is pleading with the residents of the parish to partner with the police to blunt lawlessness.

“This parish has the potential to grow and expand to levels we have never seen in our lifetime, but we need to make it safe so that investors will be encouraged to put in new investment,” said Lawrence, who is a native of St James. “Business cannot flourish in an environment of high crime so, as a city, we must join hands in helping the police to control crime.

“The families who are killing each other must be encouraged to seek help through the various intervention channels … every community has a pastor, why not seek counselling instead of resorting to murders?” asked Lawrence.