Love Has Hands Foundation aims to impact 40,000 children by next summer 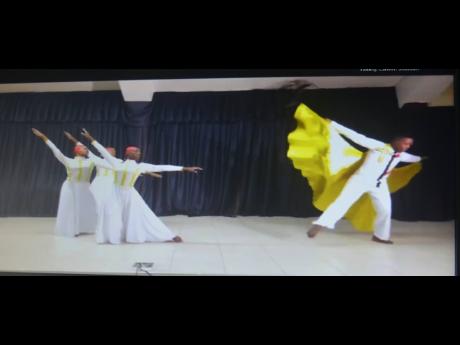 Contributed
Love Has Hands Foundation aiming to impact 40,000 children by next summer.

Beginning next summer, approximately 40,000 pre-teens across Jamaica are expected to benefit from the faith-based youth outreach programmes of the Love Has Hands Foundation, which was officially launched in an online ceremony on Sunday.

The foundation, which was founded by its executive director, Dr Jermaine Gordon, will cater to developing the creative talents of children age nine and older through the use of programmes involving journal-keeping, art, music, and science. Young people between the ages of 12 and 35 are also being called on to serve as volunteers in the group’s outreach ministry.

“We need to impact 40,000 youths every year with this programme. We need to give them journals and colouring books and introduce them to the programme, because every year we have 40,000 children who leave primary school and matriculate to high school, and we need to impact these pre-teens,” Gordon said while addressing Sunday’s launch, which included moments of musical presentations and story sessions.

“Every year we want to give the children what I call a ‘success package,’ but to give packages to 40,000 children is going to cost us US$1 million. I am calling it forth so we can start next summer and roll out this programme in its entirety,” Gordon added.

The Love Has Hands Foundation will seek to impact young people through [the] close examination of their primary influencers, to include their homes, schools, communities, churches, and peers. Its activities will also include its ‘Share Yu Sunday Pot’ community outreach programme, which will begin in January 2022, and its ‘Family Supporting Family’ initiative, which will begin in September 2022.

Gordon, who has done previous outreach work for young people, said that the Love Has Hands Foundation was partly inspired by the tragic death of 14-year-old Jamaica College student Nicholas Francis, who died at hospital after being stabbed during a robbery attempt on a bus near the school in 2016.

“That story ripped me to pieces, in that a busload of people could not come to the aid of a child in distress, and then Jamaica was marching in the streets and wearing black on the following Friday, and they wanted the Government to change this and that. But I knew enough to know that Jamaicans, especially when things go wrong, get into a frenzy of nine days’ wonder, and I decided I was not going to fall into that trend,” said Gordon. “I have been going around Jamaica using music and art and quite a few resources that the Lord has given to me, to bring about a change in the way we think and behave, and in the way we see ourselves.”

Brenda-Lee Samuels, a St James-based mother of three and one of several parents who attended Sunday’s virtual launch, said she is optimistic about the programme’s potential for success.

“I never knew that something like the Love Has Hands Foundation existed, where they actually assist children to connect to themselves, build their self-worth and live out their dreams. This is something I have always been interested in doing as a social worker, parent, and mentor, and I pledge to be a partner to the foundation in any way I can,” said Samuels. “I think it is something that will change the landscape of how we view parenthood and child-rearing. It is a great initiative, one that will empower the nation to take care of our future.”