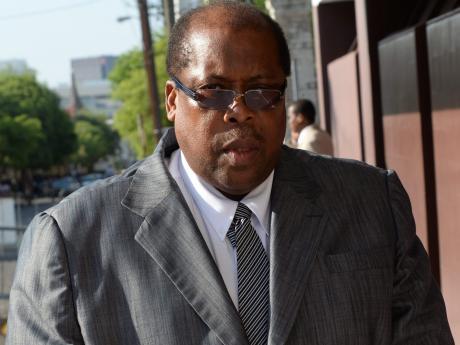 In a statement during today’s sitting of the Senate, Brown said his declaration was made in the wrong forum.

Opposition Senator Lambert Brown has withdrawn his controversial pronouncement that he would push jungle justice if the rule of law breaks down and females in his immediate family were sexually abused or assaulted.

In a statement during today's sitting of the Senate, Brown said his declaration was made in the wrong forum.

He also maintained that it was his personal view.

“I urge no one else to act on those views. Neither do I urge such personal views as public policy. They remain my personal views," he said a week after intense backlash over the comment.

Last week Friday, during a heated debate in the Senate over the George Wright assault saga, Brown indicated that anyone who “violates” his daughter or any other female member of his family would have to face the consequences that would flow from him in the absence of the rule of law.

“I have held that view for many, many years,” Brown declared.

The senator also said he would walk to the 'William' meaning face the 'gallows', “proudly knowing" that the honour of his family was held high.

But today, Brown said he accepted that the Senate was not the place to make the statement.

“My comment was made in the wrong forum,” he said as he withdrew the statement.