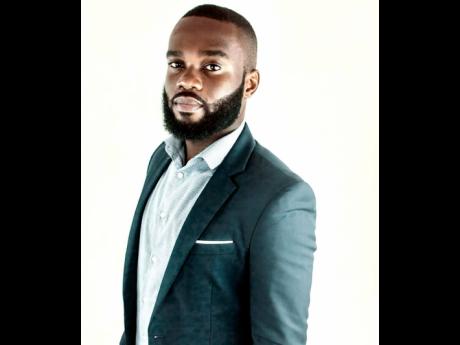 Contributed
Chad Smith is helping to transform the lives of young men and young entrepreneurs through his Reassemble initiative.

The desire to “be what I didn’t see” is what drove entrepreneur Chad Smith to start an outreach initiative geared towards transforming the lives of young men and young entrepreneurs.

Smith’s Reassemble initiative was officially launched last year, and was inspired by the loss of his father. “His dream was always centred around bringing people together. And because of this vision, I wasn’t able to learn from him or to experience his guidance and wisdom.”

One day, while in discussion with a friend, Smith was asked why he felt the need to lead and create a programme designed to mentor the younger male generation when he hadn’t received that guidance from the patriarch of his family. He found the question compelling, but the answer was simple. “I know exactly what I didn’t get, so I want to give that opportunity to other young men, to receive what they didn’t or don’t see in their lives. It’s an awesome feeling for me; it’s purpose,” he told The Gleaner.

So far, the drive has been on a one-on-one basis. Recruitments are established through word of mouth. Friends assist in getting Smith to speak with males between the ages of 10 and 14 who do not have a father or father figure present in their lives. “They’re given the chance to share what’s on their minds, talk about things that they want to do when they grow up and activities that they want to engage in,” he shared.

Smith said the age range selected has a lot to do with the fact that he believes they are most susceptible to what is going on in society. Anyone older would probably have his mind made up, and he may not have that desire to seek advice. If enough energy is placed in their lives from early, then they will grow with that positive energy and be set on a right path to become upstanding men.

“Some young men don’t know how to tie a tie, wear a suit or use a knife and fork. Some have not been afforded the opportunity to go out and have dinner or to go on vacation. I want Reassemble to be the motor that drives them. When you expose them to a better way of life, then you enable them to become better men in the future, and better men for women also. I no longer want women to look at men as dogs; I want them to look at men as kings, so for me, it’s a whole process,” he said.

His hope for this aspect of Reassemble is to stay on the course of imparting knowledge, growing his team and continue to help young men to be a better version of themselves. “I know I will make the programme mainstream and enrol over 100 young men. And provide them with the ability to do major things. I want them to appreciate the little moments in life and to support and encourage them to reach higher heights,” he said.

His advocacy for developing the youth doesn’t stop there. Admitting that, like his dad, he has a knack for bringing people together, he uses his skill for the greater good of the community. With a passion for assisting young business owners in promoting and selling their products and services, he hosts expos to network and render service for service, product for product. He is also in the process of doing a group of companies that trades services and products.

To learn more about Reassemble, visit onereassemble.com. Have a good story you’d like to share? Email us at goodheart@gleanerjm.com.