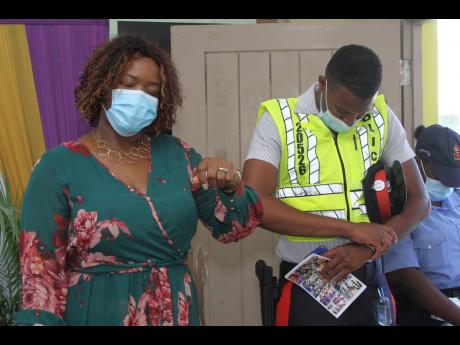 Nathaniel Stewart
Rose-Marie Logan, principal at Four Paths Primary and Junior High join with Constable Richard Roye of the Four Paths Police Station to pray for peace at a remembrance service at the school for Nattalie Dawkins on Thursday. 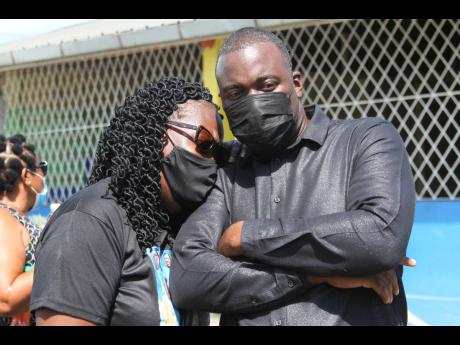 Nathaniel Stewart
Melba Ford-Woolcock, senior teacher at Four Paths Primary and Junior High had to lean on Eswick Dorway, guidance councillor as she was overcome with emotion at a remembrance service at the school for Nattalie Dawkins on Thursday. 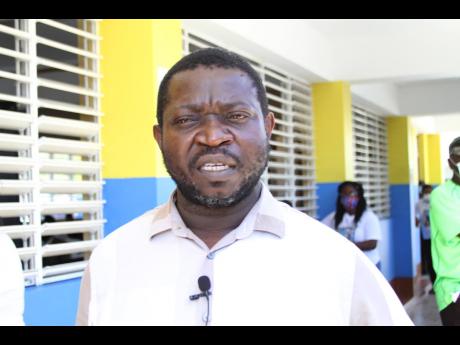 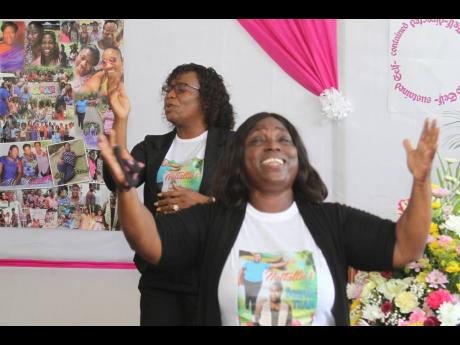 Nathaniel Stewart
Ann-Marie Robb, teacher at Garvey Maceo High School questioned ‘why’ as she gave a tribute during a remembrance service for Nattalie Dawkins at Four Paths Primary and Junior High School. 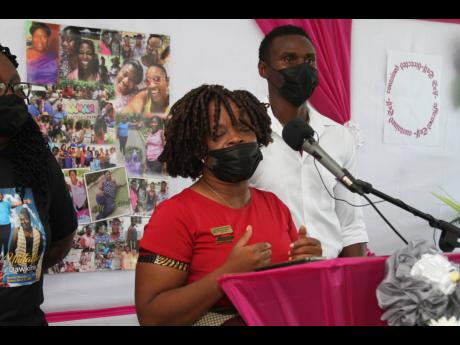 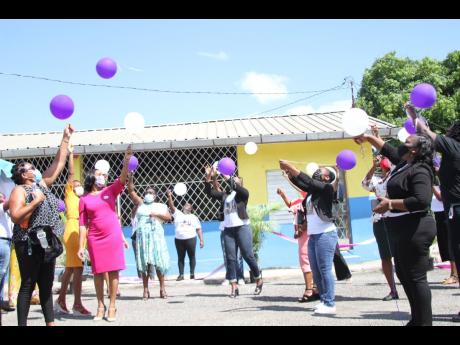 Nathaniel Stewart
The staff of Four Paths Primary and Junior High in their final gesture of love released balloons at a remembrance service hosted by the school for Nattalie Dawkins on Thursday. 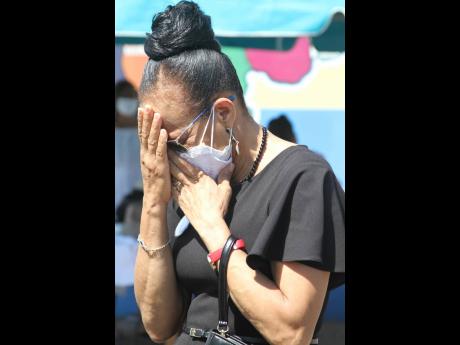 The Nattalie Dawkins Foundation was launched on Thursday at the Four Paths Primary and Junior High School in Clarendon during a celebration-of-life ceremony honouring the slain teacher.

Principal Rose-Marie Logan said the initiative was befitting as it told the story of Nattalie – the humanitarian.

“Nattalie would be of assistance to anyone, and so she has left a legacy with us, and we want to ensure we continue that legacy and persons continue to benefit from Nattalie’s life although she’s deceased,” Logan said.

Dawkins’ remains were discovered in bushes earlier this month after going missing from her home for more than a week. Two men have been charged with her murder.

The foundation will seek to offer support to disadvantaged students at the school to whom Dawkins was providing assistance.

The principal shared that she hopes that the initiative will garner enough support to extend a helping hand to other students.

“Because that’s how Nattalie was. She didn’t limit her reach to any particular student ... . Any student from wherever – infant department straight up to grade six she would always be giving a helping hand,” Logan told The Gleaner.

Logan said that Dawkins’ students are saddened and traumatised by her death.

“Some of them have chosen to deal with it; some of them are still in denial. They are saddened that their teacher was taken in such a brutal way. We have one of our students saying that she’s even fearful to use the restroom at home. It’s so traumatic how Nattalie’s life was taken, and it not only impacted the staff here, but the students, too,” Logan told The Gleaner.

The foundation received contributions from some generous mourners at Thursday’s ceremony. The principal said the foundation will improve many students’ access to education.