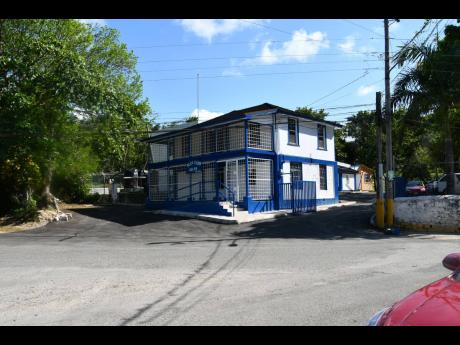 Residents of Adelphi and its environs in St James are welcoming the completion of improvement works on the police station in the area.

Rehabilitation of the facility, which also serves Lima, Content, Paisley, Chatham, Goodwill, Dumfries, Somerton, Blyeston and Moore Park, was undertaken by the Jamaica Social Investment Fund (JSIF) at a cost of $42.2 million.

It includes construction of three cell/lock-up areas, an exhibit room, two offices, a guidance office, fencing and a driveway. The main building, barracks area and the kitchen were also upgraded.

Overseer of the Good News Church of God of Jamaica in the community, Ann-Marie Bulgin Graham, told JIS News she is pleased with the work done.

“It is indeed very beautiful. This is surely a right step [for] Adelphi and the adjoining communities. I just pray that this effort will also boost the morale of the police, so that they can better carry out their work to ‘serve, protect and reassure’,” she said.

Lay preacher Lora Lewis Hayles, who is from the adjoining community of Content, said that the rehabilitation project “provides an improvement in the aesthetics of the Adelphi square as a whole”.

“It looks very well done and I believe it creates a feeling of stability for the community as a whole in terms of the provision of security for us. So, I do hope it will also facilitate improvement in the type of policing that we see in and around Adelphi and the [other] communities it serves,” she said.

Ranjil Anderson from Goodwill said that the improvement of the police station was long overdue, as the facility was in need of repairs.

“Thank God it has been rebuilt now and I hope the authorities take care of it,” Anderson said.

Dumfries resident and retired soldier, Denton Scott, also expressed pleasure at the work done, adding that he hopes that the police personnel will be equipped with the necessary tools and equipment to perform their duties at a professional level.

The Adelphi Police Station is among several police stations that are being rehabilitated by JSIF through some $235 million in grant funding from the European Union.

The project forms part of a thrust by the Ministry of National Security to rehabilitate and construct police stations across the island.

Among the other stations targeted for improvement are: Mount Salem in St James, Franklyn Town in Kingston, Bogwalk in St Catherine, and the Lionel Town and Four Paths police stations in Clarendon.