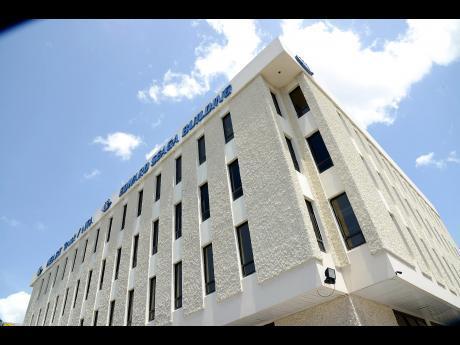 HEART has been in the spotlight as staff grouses spill into the public domain over the board’s decision not to renew Dr Janet Dyer’s contract as managing director of the multi-billion national training agency.

A highly anticipated meeting today between staff and the senior management of HEART/NSTA Trust over the institution's troubled leadership has been postponed because of “unforeseen circumstances”.

Audrey Sewell, permanent secretary in the Office of the Prime Minister, where HEART is based, and Edward Gabbidon, board chairman, were slated to address the more than 1,500 staff on “strategic matters”.

“Due to unforeseen circumstances, the provisional updates that were to be provided at 2:00 p.m. today have been postponed. …As soon as a new date is scheduled you will be so advised,” stated an email advising workers of the development this morning.

Just yesterday afternoon, the marketing and communications department issued a reminder that the meeting was on.

HEART has been in the spotlight as staff grouses spill into the public domain over the board's decision not to renew Dr Janet Dyer's contract as managing director of the multi-billion national training agency.

Also, emerging were questions raised in 2019 by procurement officials who wrestled with a “clear conflict of interest” in the recommendation for the award of a $2 million contract to SynCon Technologies.

Although insisting that there was no interference, HEART is yet to say whether legal advice sought by the procurement officials was provided, and if so, what it said; as well as to confirm the value of all contracts awarded to SynCon since Gabbidon became chairman in April 2017.

Dyer, meanwhile, resumed her substantive post as director/principal of the HEART College of Hospitality Services in St Ann on Monday.

She's a permanent government employee who took up a three-year contract in February 2018 for the top job post at HEART.

It means the former HEART boss will have to report to at least two senior officials – the regional director and deputy managing director – who would have been under her oversight up to two months ago.

HEART's management has reportedly been trying to entice the person who was appointed in the director/principal role to take up another position elsewhere despite being tenured.

Sights are reportedly set on the Garmex Academy which focuses on skills training in apparel.

Two other board appointments in the aftermath of Dyer's departure have raised concerns.

Novelette Denton-Prince, the senior director for corporate services, was appointed to oversee the agency's operations from April 8 – 30.

Kenesha Campbell, the director of strategic partnerships, was appointed to act as deputy managing director.

Issues about the “vision” for the training agency, certification rates, and other internal wranglings reportedly weighed on the board's mind in deciding against renewing the contract.

HEART has been in transition following a merger in 2017 which cost $314 million, a price tag which has triggered questions from the parliamentary Opposition about executive salaries.