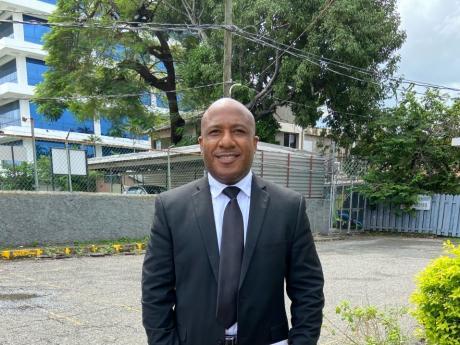 Harrow said that he opted to return to his substantive post at the Electoral Office of Jamaica (EOJ) at the end of his six-month secondment to ODPEM.

Leslie Harrow has denied that his departure from the Office of Disaster Preparedness and Emergency Management (ODPEM) was linked to political interference from the Ministry of Local Government and Rural Development.

Harrow said that he opted to return to his substantive post at the Electoral Office of Jamaica (EOJ) at the end of his six-month secondment to ODPEM.

His response comes in the wake of allegations that the leadership of the local government ministry has muscled in on the operations of ODPEM, whose role as the lead agency in disaster relief has been eroded under the Holness administration.

Sources close to operations at ODPEM said that Harrow has been peeved at the overreach of executive power, which included tapping ODPEM's budget to finance town-hall meeting expenses.

But the former director general said he was not at odds with Local Government Minister Desmond McKenzie and that he was "surprised, indeed shocked," at The Gleaner report.

"I wish to state publicly that my decision to return to the EOJ has nothing to do with any unhappiness with or interference from the minister, ministry, or the agency, as is being implied and stated," said Harrow in a late-afternoon press statement.
Harrow said that he wrote a letter to ODPEM Chairperson Joy Douglas on April 21 thanking her and the team members at the agency for their support.

"These six months have been rewarding for me and have undoubtedly enhanced my personal and professional growth," he added.