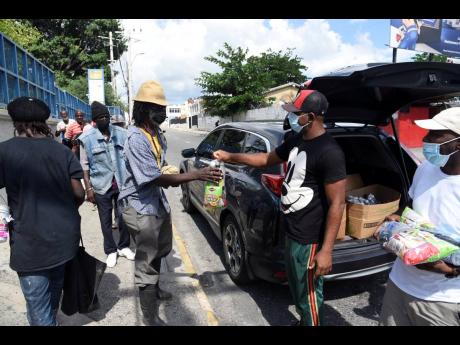 Nicholas Nunes
Members of Righteousness Promotions hand out care packages to the homeless in Half-Way Tree on Sunday. 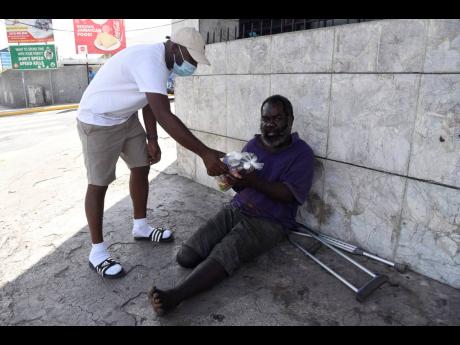 Nicholas Nunes/Photographer
Winston May-Hew, director of Righteousness Promotions, hands out a care package to Aljoe, a homeless man, in Half-Way Tree on Sunday.
1
2

Some 115 homeless people across the Corporate Area were treated to packages with baked goods and beverages from Righteousness Promotions on Sunday afternoon.

Director Winston May-Hew told The Gleaner that their flagship event, Early Sundehzz, a street party, has not been held since March 2020 because of the COVID-19 pandemic.

“Early Sundehzz nah keep, suh we are using some of the resources to put in charity,” he said.

May-Hew explained that it was not the first time the team had embarked on a charity initiative but noted that in the past, it was usually community based.

“We try to reach out to everybody in any way we can. The homeless exist, and they need attention. too,” he said.

The gesture was made possible through sponsorship from Excelsior, Boom Energy Drink, and also from personal contributions.

May-Hew added that the team hopes to donate to the homeless again in short order.

Those were the words of a homeless man as he accepted a package in Half-Way Tree.

Anthony Lopez, 75, was also grateful for the package he received.

“I feel good that I get this. I don’t know if soap is in there, but I need soap to bathe,” he said.

A woman who became homeless recently said she had picked up dinner from a church moments earlier and the package would supplement Monday’s meal.