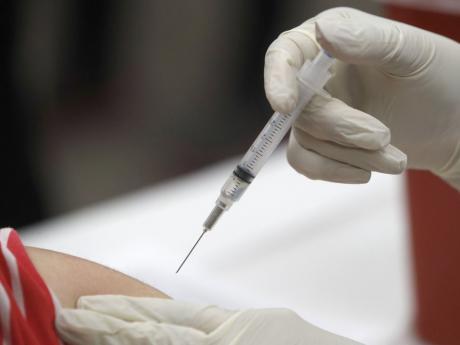 Amid unease over the vaccine requirement for one promotional programme, the chairman of the Jamaica Police Federation today met with the police high command.

The police hierarchy is rejecting claims that it is denying promotions in the Jamaica Constabulary Force (JCF) for cops who have not received their COVID-19 vaccination.

According to Senior Communications Strategist Dennis Brooks, the claim is an unfortunate interpretation of an internal correspondence.

He said, however, that the Medical Services Branch of the constabulary has recommended that the cohort of 32 prospective corporals and sergeants be vaccinated since their promotional course involves close contact.

According to Brooks, another cohort recently completed the programme virtually, but several components had to be aborted.

Course administrators have recommended that the elements be restored and conducted face-to-face.

Brooks insisted that while the vaccine requirement applies to this cohort, it is not the same for all promotional training programmes.

At the same time, he said there will be other opportunities for promotions to the ranks of corporal and sergeant but not immediately.

Brooks also said there was nothing wrong with the vaccine requirement for candidates in the impending corporal and sergeant promotional programme.

"There is no person who has been recruited into the JCF who has not taken a Hepatitis B shot," he said.

Amid unease over the vaccine requirement for the promotional programme, the chairman of the Jamaica Police Federation today met with the police high command.

Federation chairman Corporal Rohan James said he was satisfied with the discussions.

"We were very strident and forthright defending the members' position and we believe that it is one that has brought about a resolve," said James.

- Andre Williams contributed to this story