Young lawyer makes good on promise to serve the poor 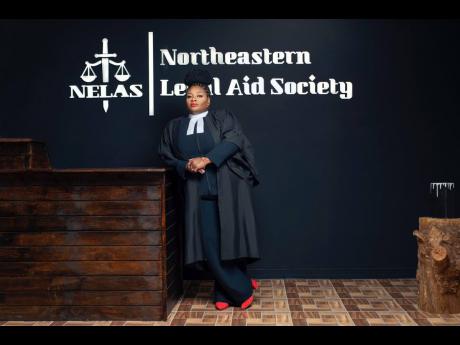 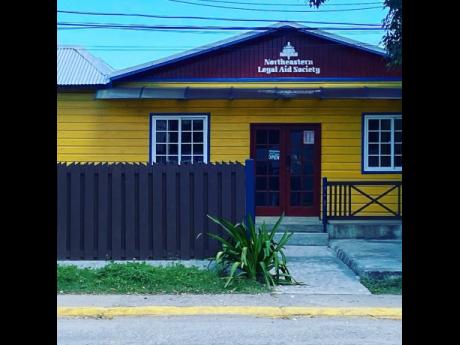 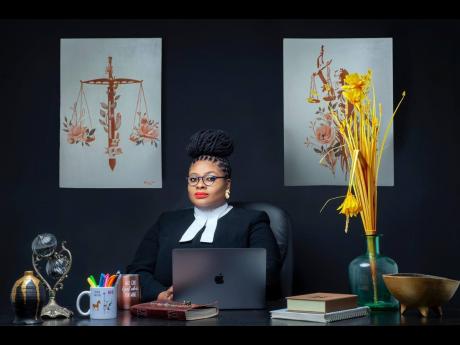 Attorney-at-law Cecile Black, through her Northeastern Legal Aid Society (NELAS), is ensuring that poor and vulnerable persons in her native parish of Portland and surrounding areas can access justice, by providing them with high-quality legal representation.

“Our clients are assigned through the Kingston Legal Aid Clinic or directly through our office where we conduct a means-and-needs assessment to determine the fees to be paid,” Black told JIS News.

Targeted are persons involved in criminal or civil matters, who are in danger of having their civil rights infringed upon or their claims go unheard because of their inability to pay.

The establishment of the society is the fulfilment of a promise Black made to herself, to dedicate part of her life’s work to providing legal-aid services to those who cannot afford to pay regular fees for a lawyer.

The idea took flight when she worked on cases coming out of the Kington Legal Aid Clinic at a time when she could not find employment as a practising lawyer.

The society, Black said, is committed to ensuring that every individual is able to access proper and affordable representation.

She said that it is her desire to help all her clients feel like they have “a million-dollar lawyer despite the financial hardships”.

“The symbols used for the logo are the commonly known legal scales of justice with the inclusion of a sword to signify that the NELAS team members are legal warriors fighting for justice,” she pointed out.

The young attorney, in outlining her journey in the legal profession, said she knew that she wanted to be a lawyer from she was six years old.

“I was inspired by the judge on the television show, Matlock, but my mom told me that I would have to become a lawyer before becoming a judge. That is where I made up my mind to practise law and I have never swayed from that desire. My eyes have always been on the prize despite setbacks,” she said.

Black had her first ‘case’ in primary school, where she helped to settle an incident involving stolen money.

“An indigent student was wrongly accused of stealing another student’s lunch money. I advocated and asked the relevant questions to the point where the actual perpetrator confessed,” she recalled.

Over the years, she has worked diligently in school in pursuit of her dream, attending the Titchfield High School and graduating in 2006, then moving on to the Brown’s Town Community College in St Ann, where she completed her Caribbean Advanced Proficiency Examinations in 2008.

Black then applied and was accepted to study law at The University of the West Indies (UWI), but could not take up the offer at the time, as her parents had dedicated all their finances to rebuilding the family home, which was destroyed by fire in 2005.

Without the funds to study law, Black decided to pursue a bachelor’s degree in history, which she did from 2008 to 2011, after which she entered the Faculty of Law, completing the Bachelor of Laws degree in 2014.

“Shortly after, I began my journey at the Norman Manley Law School and stayed for two years, where I eventually passed the Bar to become an attorney-at-law,” Black said.

“The journey into the real world of practising law and being an adult outside of school was a rude awakening for me. I expected to be gainfully employed shortly after being called to the Bar, but my story was destined to be riddled with some amount of trials.”

Black said that she struggled to find a job, noting that she was without an income for over a year.

However, she used the period as an opportunity to sit in some court sessions and learn by observing. She eventually crossed paths with attorney-at-law Jacqueline Asher, who took her on as an unpaid intern.

Their working relationship blossomed and Black sat as second chair on criminal cases and handled legal-aid matters that came to Asher’s firm.

While she was gaining real-world law experience, Black was still without a salary.

“It got to the point where I had no food in my cupboard and walked to and from work. There was a time period in which I had to choose which utilities to keep afloat and which to cut off,” she shared.

But, it was the lessons learned at that time that led her to establish NELAS, as she saw at first hand the impact of persons not being able to afford legal representation.

“In preparing for cases and understanding my clients, it dawned on me that some people are heavily impacted by their circumstance and, unfortunately, that may mean coming face to face with the law without help from friends or family. I wanted to help and I promised myself to dedicate part of my time to offering legal-aid assistance when I branched out on my own,” Black said.

Regardless of her personal struggles, Black did her best on every matter and for every client she represented, and before long, she had her first paying client.

Black was assigned the case, which was transferred to Asher’s firm from another company, and the young lawyer managed to settle the matter within a week. The client was so pleased that he hired her on retainer.

“That was the moment my life and career took a turn for the better. I was able to pay my bills, stock my cupboards and be comfortable again. I even began to invest in stocks and sought life insurance,” she said.

As her career took flight, Black never forgot her pledge to help the less fortunate and soon began to formulate the plan to develop NELAS.

“I wrote out the entire structure of my office, the services to be offered, the décor and where it would be located. I had the plan in my head and I put it all on paper. With no clue how to properly finance it, I went ahead and took steps to formalise my idea. Before I knew it, NELAS was formed,” she said.

Black’s vision for NELAS, where she is chief executive officer and founder, is to open an office in all northeastern parishes of Jamaica, better enabling the entity’s ability to serve clients in that region. For now, she is the only lawyer, but she has a strong support staff.

“Unfortunately, not everyone can afford to pay for proper representation, and their inability to pay should not dictate what type of representation they have,” she contended, noting that innocent persons can end up in jail without proper legal representation.

Black is urging more lawyers to take legal-aid cases. “Consider it as giving back to your community and the nation at large,” she said.