Gov’t to spend $329 million more on tablets for students 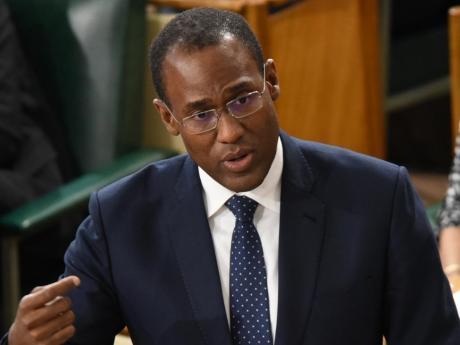 The devices are to be procured by eLearning Jamaica and the Ministry of Finance will make direct payments to the suppliers by instructions from the Accountant General’s Department.

Clarke, in announcing the programme in Parliament, said each member of parliament will have up to $3 million to spend.

In addition, under the Social and Economic Recovery and Vaccine (SERVE) Jamaica digital device initiative, the Government will allocate $140 million for the purchase of devices for students identified by councillors.

Students who have already benefitted from a similar government programme in the past will not be eligible for the new initiative.

“It is intended to supplement and complement the Ministry of Education, Youth and Information existing laptop digital device programme,”Clarke said, making it clear that this new programme was smaller in size.

But, he said there are Internet coverage issues that the Government is seeking to plug.

“Members of Parliament and councillors know the students and families who are not enrolled in PATH for instance, and others who for technical reasons wouldn't even quality but who are in every practical sense in need of assistance,” the finance minister underscored.

The devices are to be procured by eLearning Jamaica and the Ministry of Finance will make direct payments to the suppliers by instructions from the Accountant General's Department.