Custos for all people: Gilbert Allen laid to rest 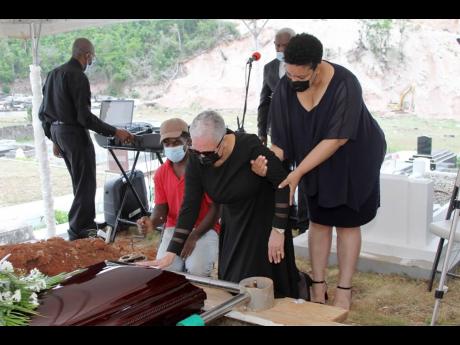 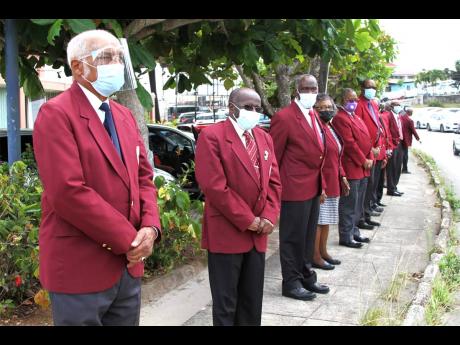 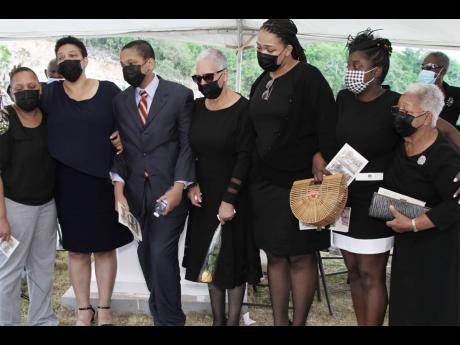 It would have been a massive civic fanfare to celebrate the life of a gentle giant if COVID-19 had not upended funerals, but the restricted gestures of thanksgiving for the life of the late former Custos of Manchester Dr Gilbert Allen was fitting for a man who had a deep appreciation for all.

On Wednesday, just minutes before he was laid to rest at the Oaklawn Memorial Garden in Hatfield in the parish, Allen was taken for his final run along the streets of Mandeville.

Dr Allen passed away on April 15 at the age of 92, after ailing for several years.

As his hearse drove by the Consolidated Health Services on the Caledonia main road, which he owned and operated as a healthcare provider for decades, his fellow colleague justices of the peace, medical practitioners, members of the Kiwanis Club of Mandeville - for which he was once president - and members of the Scout association, which he supported, lined the sidewalk as a sign of honour.

As in life, Allen was surrounded by those he most loved at the private interment – his widow, children and grandchildren and very few relatives.

The man whose statements to many of the patients who visited his medical practice was ‘No charge’, was described by former President of the Northern Caribbean University (NCU), Dr Herbert Thompson, as one who saw service about self.

“He chose to serve people and in serving people, he did not make any mention of where he had been or what his status was … . He was the only doctor in Mandeville that at one point was making house calls. In his life, he lived and died as a humble, professional, helpful person, but he served his God by serving mankind.”

Allen was instrumental in acquiring nine and a half acres of land in Newport to accommodate a police station, library, medical centre, playfield and other amenities.

In his 17-year service to the parish as custos, Allen was also a part of the team that helped to acquire 40 acres of land near Mandeville for the erection of a state-of-the-art Regional Justice Centre for Clarendon, St Elizabeth and Manchester.

“He was custos for all people and his religion had no colour. He spoke to people’s needs and he preached to them the Christ by the way he lived. There is no religion that can take the place of that Christian. Today we lay to rest a friend, a brother, a father, a grandfather … many of us would not have been where we are had it not been for Dr Gilbert Allen,” Thompson added.

A stalwart in the Seventh-day Adventist Church, Allen not only served the NCU church, of which he was a member, but offered medical services to the institution and supported the many other academic initiatives of surrounding institutions.

“In his professional capacity, he had been an empanelled medical doctor for the university and treated our students free of cost ... . A strong believer in the value of education, Dr Allen supported many primary and secondary students from the Gilbert and Georgia Allen Education Trust,” a tribute from the university read.

As his body was lowered into the tomb, his widow, to whom he was married for 50 years, held on to his casket and bid her final farewell.

It became clearer to his children, grandchildren, relatives and friends that he would no longer be seen in this life, but on a brighter note, that his memories and acts of service would live on forever.