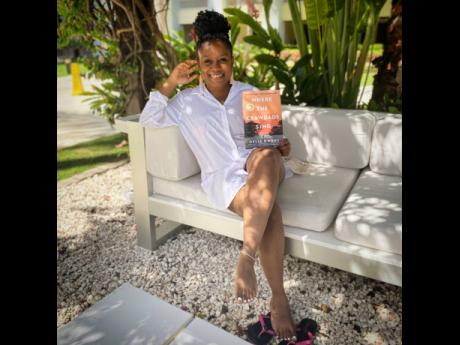 Contributed
You can find reviews of books like ‘Where the Crawdads Sing’ by Delia Owens and more on Instagram, @shanzlitadventures. 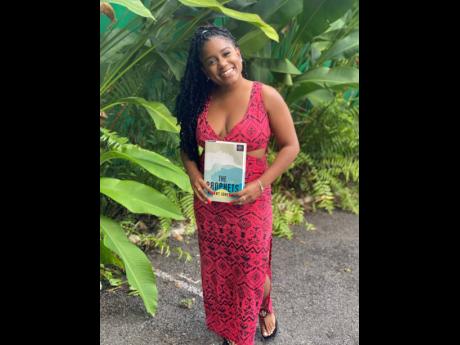 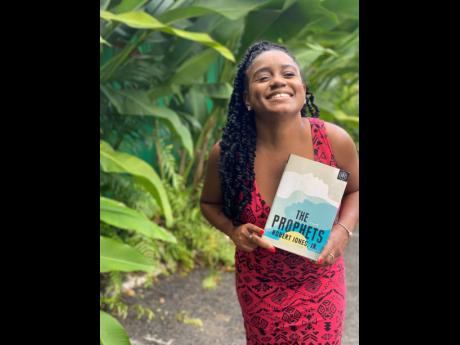 Contributed
It brings this bibliophile great joy to find a new and exciting read. 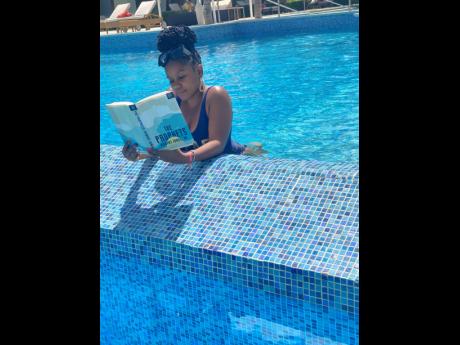 Contributed
Shanique Sinclair makes it a point of duty to catch up on some light reading, even while lounging in the pool. 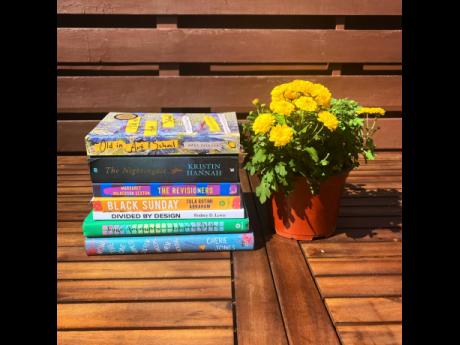 Contributed
What a typical month of reading looks like for the book fairy.
1
2
3
4
5

A singer and world traveller, Shanique Sinclair is also a bibliophile, who would often collect books on her many sojourns. With the recent lockdowns and restrictions caused by the spread of COVID-19, she sought exploratory refuge within the wonderful world of literature. She even unlocked a whole new level to the reading game by joining #Bookstagram and offering riveting reviews from her reading.

Sinclair told Living that for as long as she could remember, she has been a lover of books. “Reading was something that I think was imprinted in my DNA, poured down to me in the womb. My mom used to tell me that I would stop and read anything I could get my hands on,” she said.

By university, she was pursuing a Bachelor of Arts degree in literatures in English. This produced nothing but pleasure for the book lover, who was not only afforded the opportunity to do what she loved, but was able to explore different genres across the world and be exposed to the intricacies and technicalities of the art form. “It was a lot of work. People think that courses in the humanities department are easy, but it is quite the contrary. I enjoyed it, though; I learned to appreciate bodies of work in a deconstructive way,” she added.

It was always a dream of hers to start a page on Instagram displaying the books she had read, share engaging reviews, and igniting a passion for literature. There was no better time to make this dream a reality than during the pandemic. “I was always so busy that I shied away from starting something I knew I might not have been able to fulfil. However, COVID-19 has been a blessing and a curse all wrapped up,” she revealed. Late last year, she became aware of the bookstagram community and connected in a way she longed for.

On Shanz Lit Adventures, followers and fans are taken on a journey through local, regional and international books. Sinclair gives insights, overviews, reviews, and recommendations based on particular tastes. Those who tag along for the ride aren’t only educated on characters, themes, and cultures; they get to meet the like-minded individuals she encounters.

“I think people love my reviews because my personality shines right through within them. When they read my words, they can hear my voice, and that makes them feel connected. I also try to be very honest but polite, so people know they can count on me to share how I truly feel about a book,” she said, noting that she believes she has a way with words. “Can’t thank my lecturers at the Department of Literatures in English enough for all their guidance,” she remarked.

Since starting Lit Adventures, Sinclair has been blown away by its development. “It has been amazing, really. I didn’t expect such growth in the space of six months and to connect with all the friends that I have made, both locally and internationally, with the shared passion for books and reading.” Her family has been super supportive of this new adventure and have even gifted her books. Additionally, she received the opportunity to extend her reviews to products outside of reading material.

When asked about her favourite author, Sinclair named Sidney Sheldon, whom she considers one of the best writers of thriller, psychological or suspense fiction. She has read every single book he produced before his death, “I highly recommend him. I would have to squeeze in, though, my love for Lorna Goodison. She carries a torch of empowerment for women in general, but particularly for me as a Jamaican woman like herself,” she declared.

A mood reader, she revealed that it is a bit hard to narrow down her preference in genre. She could, however, state that the genre she is least likely to read is romance. And while she is not a big fan of non-fiction work, she will crack books of that nature from time to time.

With her busy schedule, Sinclair manages to read, on average, six books per month. She hopes that her page continues to grow so that more people can share in the joy she has for books. “Reading is therapeutic, and many people want to get into reading, but they think they don’t have the time or don’t know where to start. I would like my page to be an outlet where people can get book recommendations and see reviews on books they might be interested in or never knew before,” she said.

1. The Invisible Life of Addie LaRue by V.E Schwab

5. How the One Armed Sister Sweeps Her House by Cherie Jones

Shanique Sinclair’s TBR (to be read) booklist is filled with thrill and suspense, and some historical fiction and fantasy.

5. We Are Displaced by Malala Yousafzai — biography

9. House in the Cerulean Sea by TJ Klune — fantasy fiction