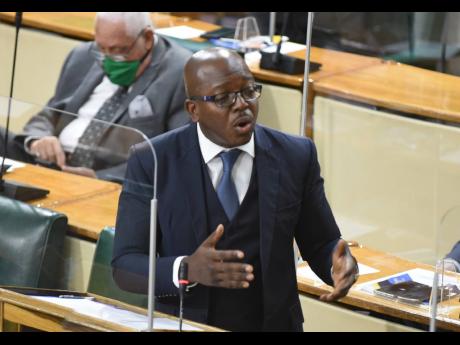 The Housing Agency of Jamaica Limited (HAJ) will be designing a pilot project with support from the National Land Agency (NLA) to do mass issuance of titles, of which 7,732 are in the organisation’s vault.

Minister of Housing, Urban Renewal, Environment and Climate Change Pearnel Charles Jr. provided details during his contribution to the 2021/22 Sectoral Debate on Tuesday in the House of Representatives.

“I am adamant that we are going to take them (the titles) out of the vault; every single one that can be issued will be issued to a Jamaican,” he said.

The agency has been assiduously trying to issue titles to residents from communities formerly incorporated under the now defunct Operation PRIDE project.

Though many of these communities enjoy significant reductions in land-purchase costs, some residents still find it difficult to pay or choose not to prioritise payment for these lands for myriad reasons.

Two communities will be selected for the pilot. There will be a call for residents within the defined communities to come to specified locations, near their communities, to finalise payment for their lot and get their title within a defined period, after which lots will be eligible for sale and/or the lot price will be increased.