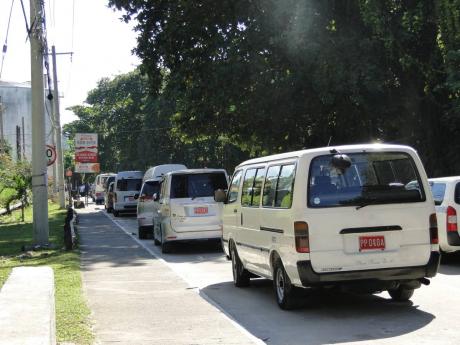 At the beginning of last year, Dominican ground tour operator Andy Hogan spent nearly US$60,000 on a brand new safari vehicle – his second – and another US$30,000 or so on a luxurious coach, both for his Lion Tours Safari. In a country where the...

At the beginning of last year, Dominican ground tour operator Andy Hogan spent nearly US$60,000 on a brand new safari vehicle – his second – and another US$30,000 or so on a luxurious coach, both for his Lion Tours Safari.

In a country where the average annual salary is approximately US$15,000, with the most typical earning being about US$7,000, it was an investment in the future of a tourism industry which Hogan was bullish about.

But like everyone else involved in the Caribbean tourism industry, he simply did not see coming the massive tidal wave – the coronavirus pandemic – that would all but sink the cruise industry and virtually all of tourism.

Today, both vehicles, along with his two buses and a car for hire, stand idle outside his home, covered by tarpaulin to shield them from the unforgiving elements.

“I tell you, it hard,” stressed Hogan, a curious combination of frustration and resignation in his voice, even as he tried to portray a positive and fighting spirit. “Trust me, it is not an easy road. Let me tell you, it tight. It tight. When I tell you tight, it tight, tight, tight.”

Hogan has been depending on business from the cruise ships to pay his monthly mortgage of about US$1,400 and to feed his wife and three sons, ages three, five and nine. This is also how he intended to repay the bank for the monies he borrowed to invest in the new vehicles.

But with COVID-19 paralysing the cruise industry, his life and the lives of the 79,000 people employed through the sector in 36 Caribbean and Latin America countries – according to the Florida Caribbean Cruise Association – have been turned upside down.

When the virus first forced the suspension of cruise activities in mid-March last year, there was much optimism that cruising would resume by the summer months. But as the weeks went by, summer faded, the autumn arose, followed by winter – the peak cruising season in the Caribbean – and the winter has turned to spring. Yet the ships have remained docked, with the US Centers for Disease Control and Prevention (CDC) maintaining a no-sail order.

The result has been catastrophic for the cruise lines, which have lost tens of billions of dollars – Carnival alone lost US$10.2 billion last year, while Royal Caribbean International (RCI) has reported a US$1.1 billion loss for the first quarter of 2021.

“For all of us, it’s been a very challenging time. We’ve all been through the journey, we know the ups and down, and it’s been very difficult for so many,” Michael Bayley, the RCI chief executive officer, told a Caribbean Tourism Organization (CTO) Facebook discussion last week.

It has also been disastrous for the Caribbean region, which welcomed just 8.5 million cruise visitors last year, all between January and mid-March, according to the CTO. This was a 72 per cent decline when compared to the record-breaking 30.4 million cruise visits recorded in 2019. There has been absolutely no business so far this year.

In Jamaica, where the cruise sector employs approximately 7,000 people and brings in up to US$200 million annually, according to André Wright, executive vice-president of Standard International Group, a US-based financial advisory firm, the numbers have been no less dire. There were only 449,271 cruise visits last year, representing a 71.1 per cent tumble when compare to 1,552,346 visits in 2019, itself a less-than-stellar year due to a 15.9 per cent decline when compared to 2018.

“You put all those numbers together, and there is no activity, you can almost calculate the economic impact it has had on the Government ... as well as private operators,” Wright told The Sunday Gleaner.

This continuing lack of activity is taking a toll on everyone across the Caribbean who makes a living through the cruise sector – from the tour operators and taxi drivers, to attractions, vendors and entertainment centres. Nowhere is this more evident than in Falmouth, where the approximately US$269 million port has become a peninsular of emptiness and desolation.

“[It’s] completely dead; no activity whatsoever,” Lee Bailey, president and CEO of the destination service company Caribbean Cruise Shipping & Tours (CCS Tours) Ltd, told The Sunday Gleaner. “There’s absolutely no cruise activity for about one year and two months, none whatsoever. All the taxis, you see them all for sale; they are all for sale.”

Bailey’s US$4 million to US$5 million operation employs 50 full-time and 100 part-time workers, among them transportation providers, tour guides and escort services. Over the past 14 months, he has lost almost all his business and all but three of the workers have been sent home.

And, like Hogan, the Dominican ground tour operator, Bailey’s vehicles are parked “and are building up expenses”.

“We are just trying to revive them at the moment and it’s costing a lot of money to revive these vehicles,” revealed the experienced service provider.

A similar scenario has evolved in Antigua and Barbuda, which recorded just 259,426 cruise visits last year – a 64.6 per cent drop when compared to the 733,526 in 2019 – and where taxi drivers, for example, are facing financial ruin. Many of them have simply parked their vehicles and returned their number plates to the transport board in order to avoid paying the licence fees. Some have turned to doing odd jobs, whenever these jobs are available, in a bid to survive.

“I know persons would have tried different things in terms of trying to make a dollar, but it’s not a situation where it is a great impact that would really change their financial situation,” Patrick Burnette, president of the St John’s Taxi Association, told The Sunday Gleaner. “They are struggling.”

Not only has COVID-19 been inflicting a mean streak of financial misery on these operators, leaving many with massive debt and fading hopes, it’s also breaking them psychologically and emotionally, revealed those who spoke to The Sunday Gleaner.

The men have great difficulty accepting the fact that after years of being the main – and sometimes only – breadwinner in the home, they can no longer provide for their families.

“I never dream that we’d see anything like this, so, it is hard. The guys are taking it hard,” said Burnette.

“It has affected their lives at home – not being able to provide as they would have liked, not being able to meet their commitments; it is taking a toll on them,” according to Jenner Guiste, president of the Dominica Combined Taxi Association, the umbrella body of taxi and tour operator associations in the country. “A lot of them are in trouble. One of the taxi drivers said to me he is not even able to sit at home and have a happy conversation with the family. It has demotivated even his sex life.”

Multiply this state of emotional despair by a thousand across the Caribbean, where many businesses rely entirely on cruising, advised Bailey, the CCS Tours president and CEO, who admitted that he, too, has been affected emotionally.

But amid the gloom, there appears to be a glimmer of hope on the horizon with the CDC’s latest guidelines released May 5, which allows cruise ship operators to begin simulated voyages with volunteer passengers.

The guidelines include eligibility and requirements for conducting a simulated voyage with at least 10 per cent of the maximum number of passengers permitted on board a ship. Passengers must all be at least 18 years old, must confirm in writing that they’re participating in a simulation voyage and must be able to furnish proof of vaccination or provide a letter from a physician that they are not in a high-risk category for COVID-19. And all volunteers must be willing to get a COVID-19 test three to five days after the voyage is over.

This is music to the ears of Bayley, the RCI CEO, who told the CTO Facebook Live discussion there was great optimism of a strong return to cruising by next year, suggesting he would not be surprised if 2022 goes down in history as “one of the biggest for travel”.

“We see that in our bookings, and when we look into 2022, we see a lot of enthusiasm, particularly for the Caribbean. We are very encouraged by this optimism,” revealed the RCI boss. “A survey telling you people are optimistic is great, but bookings from people tell you it is really very real.”

This optimism notwithstanding, Wright, the financial adviser, warned those tied to the cruise sector not to expect too much, too soon.

“The cruise lines, in my opinion, will be a slow project. You know, most of the cruise lines are optimistic, obviously because they weathered the major part of this storm, ... so in their minds, they survived,” he contended. “I would say to get back up to 100 per cent capacity is at least 18 to 24 months from the time they resail.”

Royal Caribbean has said it intends to resume sailing in the Caribbean in mid-July, and Jamaica’s tourism minister, Edmund Bartlett, recently announced that two lines – Norwegian and Viking – will begin homeporting here from August.

The resumption can’t come soon enough for the many people whose livelihoods depend on the cruise visits and who have been facing months of uncertainty and despair.

“It’s hard really, and it hurts your pride as well,” said Bailey of the current bind that they’re in. “For a business person, you work to make something successful, something has come along you have no control over, and has brought it to a grinding halt.”