A love like no other: Parenting a child with special needs 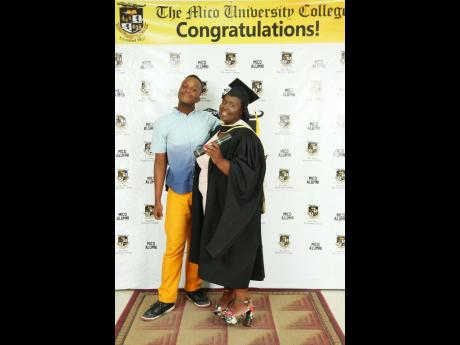 Contributed
Jacqueline Hendricks and her son Jordhane Johnson at her graduation from The Mico University College. 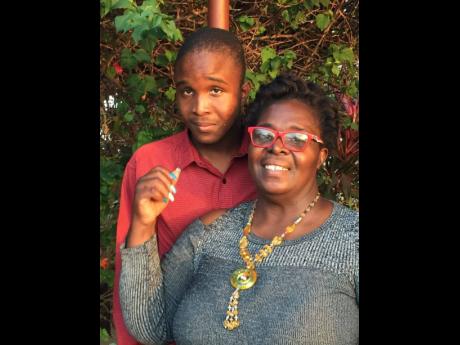 The continuous cultivation of the fruits of the spirit as itemised in Galatians, is a key component to properly parenting a child with special needs.

Take it from Jacqueline Hendricks, proud mother of Jhordane Johnson, an 18-year-old youth on the autism spectrum.

Sharing that her son, who was diagnosed with the disorder when he was almost three years old, the single mom of one admitted that it has been a hard, lonely road for her.

“Jhordhane was born a normal child. At about 18 months or so I realised he would not look at me, smile with me any more… he was just in a different space. His babbling had stopped and he wasn’t interested in things anymore. I didn’t know what was wrong.

“One day when I went to the day-care I heard someone say ‘but a one idiot baby dat, him nuh have nuh sense’. I was later referred to child clinic at UWI and he went there and the diagnosis was that he was on the autism spectrum,” Hendricks told Family and Religion.

“It was frustrating. I didn’t have any support… it was a rejection,” she said as she documented the years following her son’s diagnosis.

Hendricks admitted to Family and Religion that she had contemplated suicide on occasions, having had to cope with Jhordane’s condition coupled with the lack of support she was receiving and the constant verbal abuse.

She shared: “I got pregnant when I was doing my first degree, and had to put it on hold. Persons would say ‘you took so long to finish your degree’ but they didn’t understand what I was going through. The support wasn’t there, but I pushed. It was lonely but I’m happy I am a teacher because every time I thought of doing something out the way, I thought what my students would think and say because they really look up to me and I decided to live for them… so living for others gave me the drive to push with my son.”

Describing a normal day in her life as a working, studying mother to an autistic child, Hendricks said: “Every evening when we got home, it gave me pleasure to prepare his meal for the next day. I would actually cook all his meals, blend fruits.”

She added: “When he goes to sleep, I stay up to study, finish reading at about 3 a.m.… wake up and worried bout what he was going to do that day… but I got up nonetheless and sent him off to school and went to work,” she said, adding that though she’d give her best to her students in the days, she would be weak in the knees as she headed home to her son because she did not know what odd thing he would do to further worry her.

She continued: “I remember earlier on, in the nights it was a living place of hell with him. I have to give God thanks because He really never gives you more than you can manage, because I don’t know how I came through those dark days.

“And because education back then wasn’t what it is now, people would tell me that a duppy deh pon him, mi want ‘science’ and all type of things.”

Hendricks admitted to have passed the worst with her now caring son and is now living a life of gratitude.

“One of the things I had to do was tell myself God knows that this child has to be here and He has to choose the right person. I had to tell myself that I am the right fit from God and He would never fail and my faith grew.

Hendricks added: “Parents of children with special needs must have a strong foundation of love, be clear-thinking and honest with themselves. They need the fruits of the spirits… love, meekness, long suffering.It’s not easy. I’ve gone through a lot of abuse because of my son, but love covers a myriad of things.”