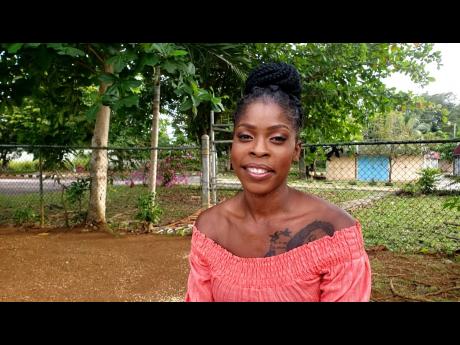 Armed with a captivating smile and a radiant personality, Suzan Crooks tries to find something positive in every day. Born in Petersfield, a large community in the northern parts of Westmoreland, Crooks had her first child at 17 to the dismay of her family. “My mother was a bit disappointed with me because at that point, she wanted me to focus on school and setting a good foundation for myself. However, after the initial phase, she calmed down and started supporting me. This really meant a lot, because I really didn’t know what to do.”

Despite this derailing the plans her family had for her, Crooks did not lose focus on the bigger picture and started to look for a job. “I had to switch over to being responsible for my unborn child, so I started seeking a work in any of the hospitality industry that would hire me.”

Soon after, she was employed and started to develop a strong momentum in the right direction. However, two months after her first child was born, Crooks was heartbroken. “My babyfather got a job to work abroad, and I thought everything was good between us, but he left and ended the relationship. My daughter and I didn’t see him again until she was 14. So that was a really hard pill to swallow.”

Throughout all this, Phillips relied on her upbeat spirit and the support of her mother as she provided for her child. By the time she turned 19, another unexpected pregnancy occurred. At this point in the interview, she burst into laughter while nodding her head in disbelief. One thing that is evident about her is that she is extremely responsible as she takes full accountability for her actions.

“This time, everybody was upset because ‘once bitten twice shy.’ They all thought I did it intentionally. The truth is, I was young and emotionally going through a lot. The biggest thing is I don’t believe in abortion. Yes, I may have five kids, but many women would have five kids or more if they did the same as me.”

This time, Phillips had to be more focused than ever as the support was not as bountiful as the first time. “I had to put my shoulders to the wheel and really start working hard so that I could pay my bills and feed my children.”

Now, the 34-year-old is pregnant with her sixth child and is in a way better position that previous times. “Through it all, I was saving,, and in 2017 I finished building my small, but cozy home, where me and my family live.”

When asked if this will be her last trip to the delivery room, she assertively said yes!

“I love children, but I don’t plan to get pregnant again. This time I’m going to tie my tubes.”