Access to water a pipe dream for Gully Road 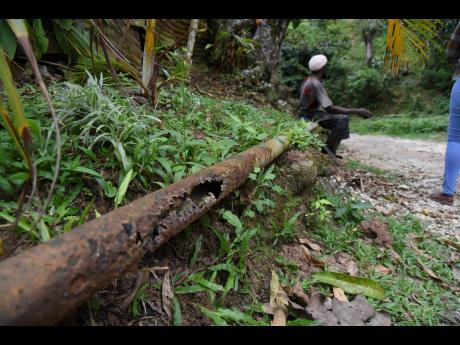 Ian Allen
A rusted pipe in Mendez, Gully Road, St Catherine, is a makeshift seat used by residents of the community. 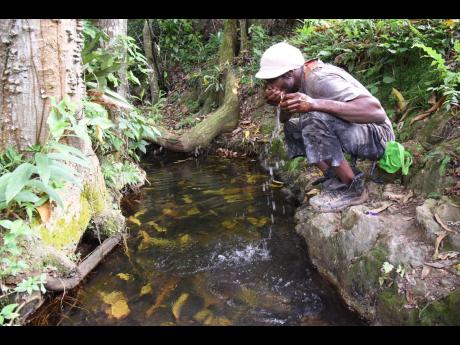 Ian Allen
Sharma Welcome, a farmer and resident of Gully Road, drinks from a stream in the community in Mendez, St Catherine. He says he cannot afford to buy trucked water so he is forced to drink from the stream. 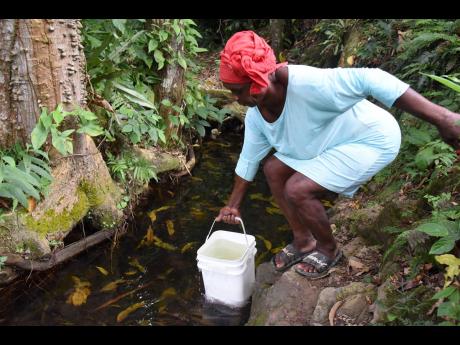 Ian Allen
Hyacinth Reid fills a bucket with water from a stream in Gully Road community of Mendez in St Catherine,
1
2
3

For more than 29 years, residents of Gully Road have been waiting on piped water, which is a luxury they have not had.

When The Gleaner team visited the rural farming community, nestled between Watermount, and Pointhill, Mendez district in west Central St Catherine, the residents shared their ordeals.

Thirty-nine-year-old farmer Sharma Welcome said for more than half of his life, has has not seen piped water.

“As you can see, some of the two iron pipes still in a di ground full of dust. A long time it stay so (without water) and no help. No water, plus no road, is just di gully wi have and dry pipes,” Welcome said.

Welcome, a cattle farmer, revealed that the problem has existed for about 30 years and that it’s getting worse each day.

“Although we (the residents) are willing to pay for water. This little area is where the community residents come daily to gather water to wash, cook and clean. This is almost a miracle that we (the residents) don’t get sick as the water is not really treated, but we don’t have a choice,” Naomi ‘Precious’ Williams said.

The residents said that due to climate change there is less water the stream.

They added that if it’s not for the rain or the buying of water, persons have to resort to catching water in buckets from the dwindling source, which they said is a daily routine.

“A years me live up here, as I was born here. As a child, we have water in the pipes, now [is] only dust. A long time we don’t see pipe water; in fact, we lose faith in the system,” a resident, who calls himself ‘Doc’, said.

The community members informed that even the roadway has been reduced to a track, with deep trenches and holes.

“Although,we don’t have water, if the road is repaired we could better help ourselves. It is sad that the little section that can be driven on was fix by residents.We need help badly,” Tevin Lennon said.

The community members believe that the lack of maintenance of the pipes is one of the key reasons for them not getting water.

“ What we need is to get dem old pipes remove and replace with new ones. Whenever it rains, the place change into a raging body of water; that is what damaged di road and uproot di pipe dem,” Hyacinth Reid said.

Water Project Manager of National Water Commission for St Catherine, Calvert Davis, said: “Although there are pipes there, we (NWC) are not the suppliers, but we are hoping that the concerns will be addressed.”

Calls to the member of parliament, Dr Christopher Tufton, went unanswered, and the messages left were not responded to.