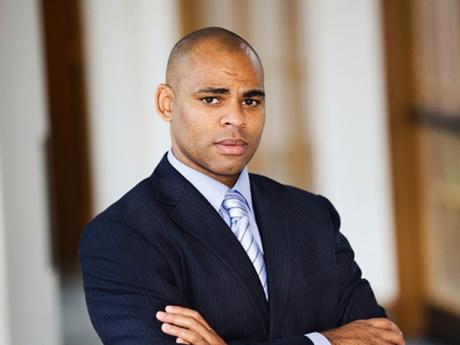 Rees: "It’s humbling to have been re-elected to serve my home city. We will keep working together as one city for continued change – focused on delivering more new jobs and more new affordable homes for Bristol, with inclusion and sustainability at the heart of all we do.”

Marvin Rees, the first black Mayor of Bristol, whose father is Jamaican, held off a strong challenge from the Green Party to be re-elected for a second term in the UK Local Elections.

Representing the Labour party, Rees' win was declared on Sunday after the second stage of counting, with no candidate securing enough votes to win outright in the first round of counting.

The polls were held last Thursday.

It came down to a close fight between Rees and Green party candidate Sandy Hore-Ruthven.

Rees thanked his family, team, and supporters, saying that without them the result "wouldn't have been possible".

"Getting elected one time is hard but getting re-elected is a whole different thing," he said in a speech in which he also paid tribute to his brother who died late last year.

On Twitter, he wrote: “It's humbling to have been re-elected to serve my home city. We will keep working together as one city for continued change – focused on delivering more new jobs and more new affordable homes for Bristol, with inclusion and sustainability at the heart of all we do.”

Rees grew up in Bristol with his British mother and Jamaican father and worked in diverse areas in the city throughout his career, including at BBC Radio Bristol, Ujima Radio, and at Black Business Development Agency, now Phoenix Social Enterprise.

He was elected Mayor in 2016 and has been praised for his work to build more affordable housing in the city.

Meanwhile, in the polls in London, the Labour party's Sadiq Khan won another tight race to be re-elected as mayor for a second term, beating off a strong challenge from Conservative Shaun Bailey, whose father is Jamaican.

Just like Rees in Bristol, Khan's win had to wait until a second stage counting before he amassed 1,206,034 votes against Bailey's 977,601, which gave the Labour candidate 55.2% of the votes.

In his victory speech late on Saturday Khan said: “The country and the city remain deeply divided. I pledge to use my second term to build bridges to bring us closer together.”

Bailey, whose performance defied the polls by making it a close race, said he was proud that his campaign was able to bring attention to many of the things Londoners feel are not being addressed.

“I was glad to shine a light on safety, the inability to afford a home and those being priced out of London by a relentless renewal of taxes. I want to thank everybody who supported me, especially those who voted Conservative for the first time, but more importantly for those who gave a young black person from Ladbroke Grove, west London a chance to fight for their cause.”