Developing countries must speak out about vaccine inequity – Bartlett 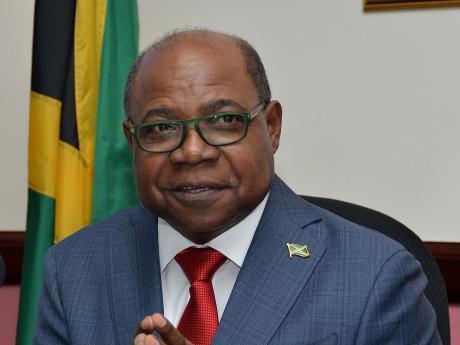 Bartlett argued that equitable access to coronavirus (COVID-19) vaccines is critical in ensuring the economic recovery of developing countries, particularly those that are tourism-dependent.

Tourism Minister, Edmund Bartlett, has called for leaders in the Caribbean and other parts of the developing world to come together and speak with a unified voice, in all international fora, about vaccine inequality.

Bartlett said that equitable access to coronavirus (COVID-19) vaccines is critical in ensuring the economic recovery of developing countries, particularly those that are tourism-dependent.

“Indeed, the current state of vaccine inequity has to be dramatically reversed as global economic recovery efforts cannot afford to be delayed or prolonged for years, especially among the worst-affected regions,” he said.

Bartlett was speaking during a Tourism Linkages Network digital forum on Friday, May 7, on the theme: 'Tourism Diplomacy – Rebuilding Tourism Safely'.

He noted that since the onset of COVID-19, tourism-dependent economies, such as those in the Caribbean, have lost 12 per cent of their gross domestic product (GDP), compared to 4.4 per cent globally.

He said that the industry, which supports one in every 10 jobs globally, equating to over 330 million jobs, has seen 60-100 million of those lost since last year.

“Tourism is the engine of growth in the Caribbean and its prolonged disruption [by COVID-19] constitutes an economic catastrophe with rippled effects for all segments of national economies,” the tourism minister pointed out.

He argued that the millions of citizens, who directly and indirectly depend on tourism for their economic livelihoods “are desperate to be thrown a lifeline.”

“It is, therefore, imperative that the sector survives during and beyond the current crisis so that it can continue to fulfil its vital role as a significant catalyst of global economic recovery and growth,” he maintained.

Bartlett, noted, however, that the inequitable global distribution of vaccines is a “serious emerging concern” that could potentially stymie the thrust to achieve economic recovery in developing countries.

World Health Organization (WHO) statistics indicate that, to date, more than 1.06 billion vaccine doses have been administered globally, mostly in wealthy countries.

Bartlett said data shows that only 7.3 per cent of the global population of over seven billion people have received at least one dose of vaccine.

More significantly, the tourism Minister noted, is that that 48 per cent or nearly half of the doses already administered have been in high-income countries, equating to 16 per cent of the world's population.

Bartlett pointed out that while one in four persons in high-income countries have now been vaccinated, only one in more than 500 people in poorer nations have been inoculated.

He said based on this trend, it is estimated that the poorest countries “will not be able to reach a vaccination rate of 60 per cent of their populations until 2023 or later.”

Bartlett said within the region, save for the Cayman Islands, Aruba, and Monserrat that have fully vaccinated significant percentages of their populations, most of the Caribbean “lags far behind.”

Citing figures for 14 territories indicating the extent to which they have administered at least one vaccine dose, he said that this ranges from a low of two per cent in Trinidad and Tobago to a high of 30 per cent in Antigua and Barbuda, with Jamaica at five per cent.

Bartlett said a promising development is the fact that more than 200 additional vaccines are in development, of which more than 60 are at the clinical trials stage.

“It is expected that several billion doses of vaccines will be produced globally throughout 2021. We are certainly in a much better place than we were several months ago in terms of the global battle against the pandemic,” he said.

Bartlett said that the tourism industry has a vested interest in making sure that recovery happens as quickly as possible as the sooner the pandemic ends, the sooner people will start travelling again.