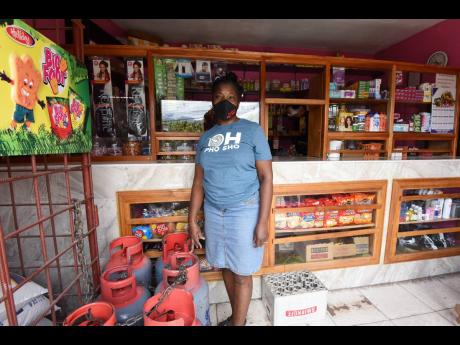 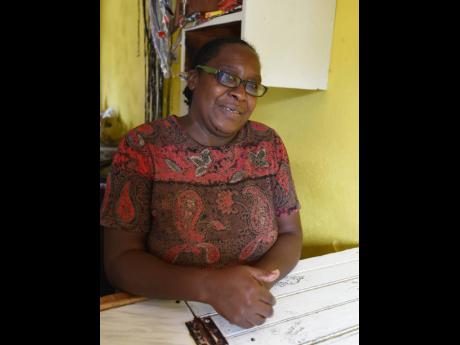 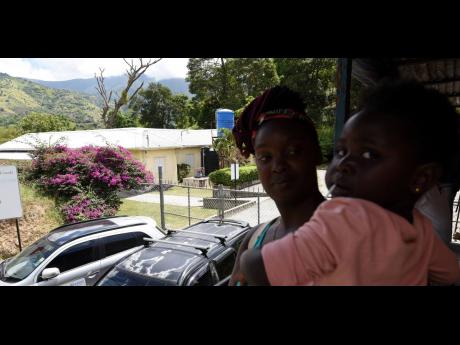 Ian Allen
A young mother stands with her daughter in-hand outside the closed gates of the Mavis Bank Health Centre in St Andrew.
1
2
3

For Angella Richards, who has high blood pressure and used to do her four-month check-up and collect medication to keep her condition under control, getting all this done at the Mavis Bank Health Centre used to be a breeze. However, since the breakaway of the Gordon Town main road last November, which has cut off public transportation access to her community, such an important routine has become significantly more strenuous and expensive.

Usually by the time the centre is opened at 8 a.m., Miss Richards would have walked down in the company of friends, chatting along the way.

“Through I live in the area, it don’t take me long to reach,” she recalled. And she would be back in good time to open her grocery and meet the demands of the customers who support her cookshop.

Now things are much different for Richards, who has a standing 1 p.m. appointment, but for which she needs to get an early ticket. So, the businesswoman now heads out no later than 11 a.m., especially since the alternative Savage Pen route is not an option for her. She, like a lot of other residents, travels by taxi to the breakaway, from where she walks and takes another vehicle to the clinic in Papine.

The return transportation cost is $600 and this does not include money for snack, water or juice that she buys whenever the clinic runs late, or when taxi operators are tardy.

For people like Richards who need to be assessed by a doctor, they must make the long journey to Papine for their appointments, as doctors have reportedly stopped coming to the clinic since the break occurred. Richards said patients like her have not been given any explanation as to why the doctors have been absent, and they have no idea when they will resume duty at the centre.

This has placed a burden on police officers assigned to work in Mavis Bank, some of whom reside outside of the community. Police vehicles have now become “community ambulances,” one policeman, who spoke to The Gleaner on condition of anonymity, disclosed.

He said pregnant mothers and elderly residents pose the greatest problems, since their conditions are usually urgent and require immediate attention. With such cases, the police have no option but to use the Savage Pen route, which puts great strain on the engine and transmission systems of the service vehicles.

In fact, some police personnel have opted to stay over in Mavis Bank for extended periods, sleeping at the station, in order to reduce the impact on their private vehicles. In addition, some motorists are afraid of using the roadway, which many view as a death trap because of the steep, winding, narrow route.

Meanwhile, Wentworth Charles, chairman of the South East Regional Health Authority, told The Gleaner on Monday that while the board had taken the decision to relocate activities to The Foundation for International Self-Help (FISH) medical clinic in Papine. However, that arrangement was short-lived, as healthcare professionals expressed concern about their safety on the treacherous roadway.

He promised to provide an update on the current situation by the end of the workweek.