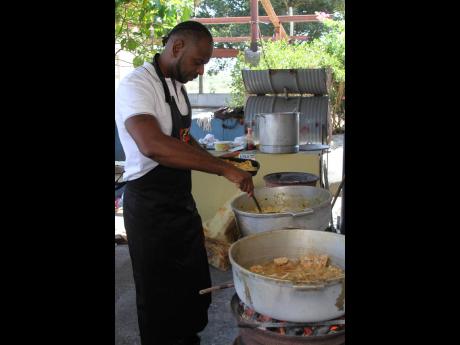 Nathaniel Stewart
Craig Taylor is seen cooking for single mothers on Mother’s Day at the Singh Quarry in May Pen, Clarendon. 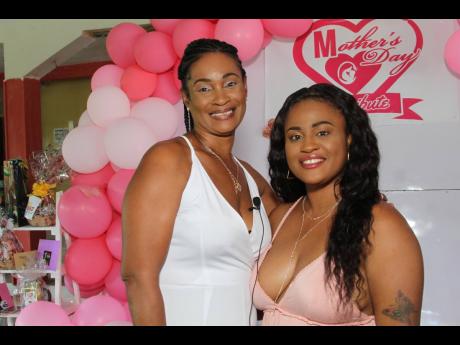 Nathaniel Stewart
Teneash Hanna (right) and her mother Patricia Dyer were among single mothers who attended the Mother’s Day brunch held at Singh’s Quarry in May Pen, Clarendon. 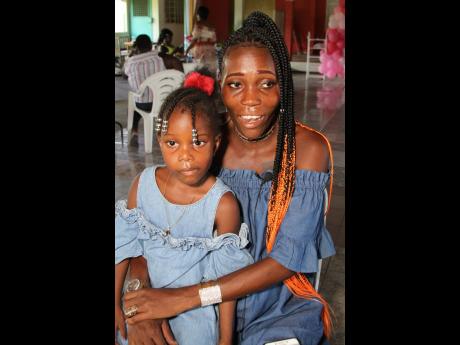 Nathaniel Stewart
Janine Tomlin and her daughter at the Mother’s Day brunch held at Singh’s Quarry in May Pen, Clarendon.
1
2
3

A group of mothers were treated to a celebratory brunch on Sunday at the Singh Quarry in May Pen, Clarendon. The annual Mother’s Day brunch is the brainchild of entrepreneur Craig ‘Jah Cat’ Taylor.

This year’s staging of the event was by invitation only due to the COVID-19 pandemic.

Each year, proceeds from the brunch are donated to select single mothers across the parish.

Having been raised by a single mother, Taylor told The Gleaner that witnessing the struggles his mother encountered compelled him to venture into assisting single-parent mothers.

“I was raised by a single mother and I turned out pretty well, despite the circumstances. You know, single mothers have it the hardest. I felt like it was something I had to do, seeing all the struggles my mother had with me and my siblings, “ he said.

“Growing up without a dad was really difficult for me, seeing all the struggles my mom had to go through to raise me, my brother and my sister. She was constantly away at work, so we had to take care of ourselves the best way we could,” he added.

Taylor, the proprietor of Irie Java Distribution, spoke of his passion for philanthropy, having also provided employment for several youth across the parish. He said he was pleased to have other philanthropists on board.

One of the event’s sponsors, Fallan Lloyd, owner of Falz Fashion in May Pen, hopes to be a beacon of hope to other single mothers.

“My reason for joining this event is to show young ladies and single mothers [that] they can do it. They don’t have to depend [on] or sit down and say they’re waiting on the father to come around to help them out. They can just go out and push and do it,” said the mother of one, who referred to herself as a go-getter.

Being a single mother is a journey experienced by 25-year old Janine Tomlin. She shared that amid the myriad of struggles that come with her journey as a single parent, motherhood has been rewarding. “It brings joy to know you bring joy into the world. They’re there when you’re down to cheer you up and put a smile on your face,” she said.

The love was evident between mother-daughter duo Patricia Dyer and Teneash Hanna.

“The role of a mother never finishes until you part this earth. There are many things a mother do, and will continue to do even when the child gets older,” said the 54-year-old mother.

Her 37-year-old daughter described her as the “epitome of what a mother should be,” having nurtured her six children into productive adults.

“The pandemic has taught us that life is very short and you just have to savour the moments. We just have to live and be happy,” said Hanna.

The mothers were also treated to gifts and a makeover, courtesy of Makeup by Barbie. Taylor lauded all his sponsors and has high hopes for an even better staging next year.