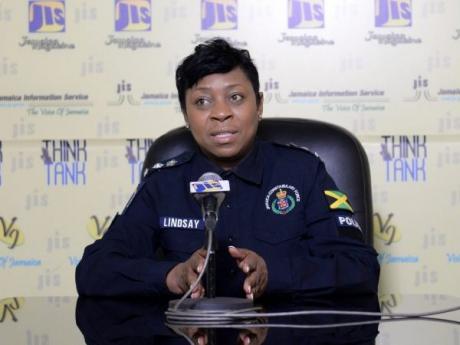 The Jamaica Constabulary Force (JCF) has expanded its Domestic Violence Intervention (DVI) centres to St Ann and St Mary and is imploring persons to access the services.

Head of the JCF Corporate Communications Unit, Senior Superintendent of Police, Stephanie Lindsay, told JIS News that retrofitting of offices and training of personnel for the two centres are being completed, with full operation slated in the next two months.

Each will be headed by an officer no lower than the rank of an Assistant Superintendent of Police.

She said that many domestic disputes that end with the death of persons started with quarrels and verbal abuse and that every police station will shortly have a trained person who can handle situations that involve persons who know each other well, adding that neighbours can also assist by notifying the police.

“When you have a DVI Centre, these people (neighbours) can come in and tell the police what is going on. The victim may be too embarrassed to do it. Tell the police; there are many pathways from which help can come,” the SSP said.

The JCF has four DVI centres in operation – two in St Andrew and two in St Thomas – with expansion being finalised for six other police divisions.

Lindsay informed that the officers at the various police stations provide timely reports to the centres, which are used in interventions for persons in crisis such as placing children in a safe environment, rescuing victims, and taking appropriate actions to deal with aggressors.

“We have seen families restored, and persons change their total behaviour. Sometimes the abusers have problems and are not reaching out for help, and take it out by way of anger on persons who are close to them. When we see an opportunity to intervene, we are not only looking at the victims, we are also getting help for the perpetrators, to help them change their ways,” the senior officer pointed out.

Lindsay underscored that the Commissioner of Police has directed a clear policy that once a person enters a police station in distress, under no circumstances should they be turned away.

The DVI care centres operate under the JCF's Community Safety and Security Branch and are equipped with trained counsellors, psychologists and other professionals.

“Report it, something will be done; help is on the way,” she said.