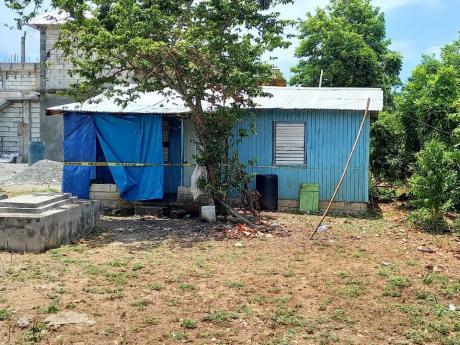 Linval Lindsay and his wife Annette were found murdered at separate locations in the district of Barracks.

Three suspects have been arrested in relation to the brutal slaying of a couple in Manchioneal, Portland on Wednesday.

Linval Lindsay and his wife Annette were found murdered at separate locations in the district of Barracks shortly after 5:00 a.m.

“Mr Lindsay was reportedly threatened on May 10 during a dispute. The person who allegedly issued that threat is among the suspects who are now behind bars.

“We urge the cooperation of residents who may have information that could assist us in this recent murder to share this intelligence with us. Portland has the distinction of being the safest parish and we intend to keep it that way,” said Wellington.

The man's body was found with gunshot wounds to the back, chest, and upper arm approximately 130 metres from his house.

Several spent shells were recovered near the body.

During a search of the couple's house by the police, the body of his wife was found on the floor with several chop wounds to the face.

A machete, which the police believe may have been used to chop the woman, was also found.