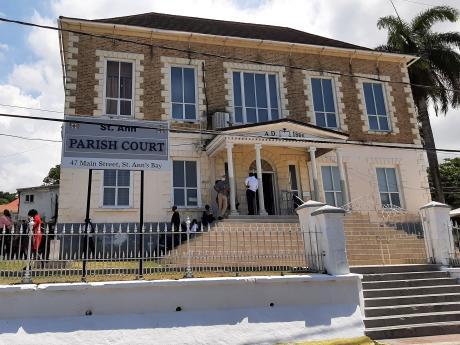 An attorney representing one of the accused men who was offered bail today indicated that he will be pursuing the new development in the case.

The 13-year-old girl at the centre of an alleged case of buggery in St Ann has reportedly changed her account of the incident.

The Gleaner understands that when the matter was heard in court this morning it was reportedly disclosed that she has told the police that her first statement was incorrect.

Five persons were charged in relation to the allegations.

The Gleaner contacted deputy superintendent of police in charge of crime for St Ann, Linton Bailey, and Director of Public Prosecutions, Paula Llewellyn, about the development and they both declined to comment.

And in another twist, a sixth person has been charged in connection with the same incident and will appear in court next week.

At court today, two of the accused were offered bail while the others were remanded.

A bail application is expected to be heard for them next week Tuesday.

Meanwhile, an attorney representing one of the accused men who was offered bail today indicated that he will be pursuing the matter of a change in the story of the young girl.

S.R. Stewart says he will now explore all avenues to get the complainant brought to court.