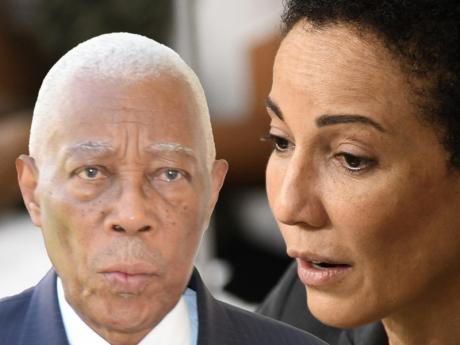 Government Minister Kamina Johnson Smith revealed that in 2018, AJ Nicholson sent her an email which was entitled, “rape, real rape".

Nicholson and Johnson Smith have served as legislators in the Upper House.

In the Senate on Friday, Johnson Smith returned to the issue she first raised during a debate relating to the issue of violence against women.

Johnson Smith revealed that in 2018 Nicholson sent her an email which was entitled, “rape, real rape".

The Leader of Government Business in the Upper House, Johnson Smith said she asked Nicholson to cease and desist and Nicholson replied that he was satisfied that his e-mail had made her uncomfortable and had “hit the spot”.

In explaining why she did not press the issue, Johnson Smith said, she did not out of fear and a desire not to distract from and overshadow important international developments.

Johnson-Smith said too that she would not disclose the rest of the emails as she did not want to litigate the matter in the public space as she had chose not to in the court.

The issue stemmed from a 2014 high-drama session of the Senate involving Johnson Smith, Nicholson and Marlene Malahoo Forte sparring over a sotto voce comment made by Nicholson about “flexi-rape”.