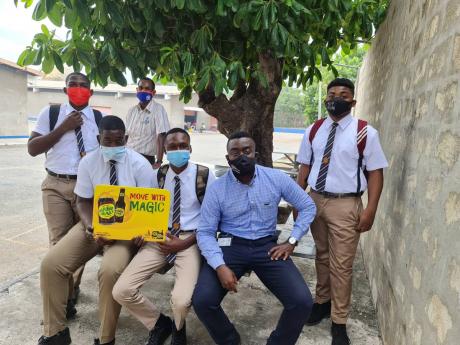 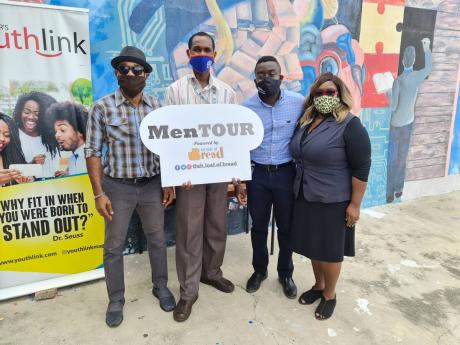 MenTOUR made a virtual stop at Dunoon Park Technical High School to speak with the male students, who have had major setbacks with online classes due to the hands-on nature of their courses.

The motivational session delighted the grade coordinator, Deon Richards-Campbell, who disclosed, “Sometimes it’s rough to keep our boys inspired, especially where the attendance of classes is concerned. There are countless days when we have to call the parents or guardians, and ask where are the students. So I’m happy when men can come on board to talk to the boys, as it gives them an additional perspective.”

Stephen Reid of Chas. E. Ramson, parent company of Foska Oats, gave a heart-felt speech about mental health during this period of distance learning. “I want you guys to practice ‘release and replenish.’ Every morning you get up, I want you to release every negative thing you have in your mind and replenish that space with something positive. Because, mentally, it must be hard for you to stay home every day and keep motivated.”

Student Armani Lewis joined in and disclosed some of his challenges, “Sir, I have not been able to mentally adjust to this COVID way of life. Everybody ahh lose dem wuk and wen we do have Internet, it sketchy. Some days I don’t feel like giving it my best.”

After the panel consoled Lewis, Betting, Gaming and Lotteries Commission representative Maurice Thompson began by asking students to repeat a reaffirming statement. “After three, I want you to unmute your mic and say ‘I have the ability to achieve greatness,’ because all of you are special.”

He continued to state how challenging it was for him growing up, but he had to figure a way out for his family. “My mother was a single parent and she had seven of us, so as I became a teen, I had to figure out how to help feed my family. This was really hard, especially without a father figure, but it can be done. Just continue to be focused and use education as a tool.”

Representative from RISE Life Management St Andish Williams, in his presentation, made reference to a police-military operation in Bedward Gardens, August Town, St Andrew, on March 10, which resulted in five men being killed and seven firearms seized. “When I saw the photos, I recognised one of the boys. He was a young man I had been counselling for years. He had passed for a traditional all-male high school, but ended up going to a lower-tier school. Due to lack of support from his parents, who basically abandoned him, he went to live with his grandmother. He had so much potential, but wasted it in a life of crime, while living deplorably in the bushes.”

Williams ended by encouraging students to seize the moment and not to let their talents go to waste. The students, who were extremely motivated, thanked him for the insightful story and expressed gratitude for the programme.