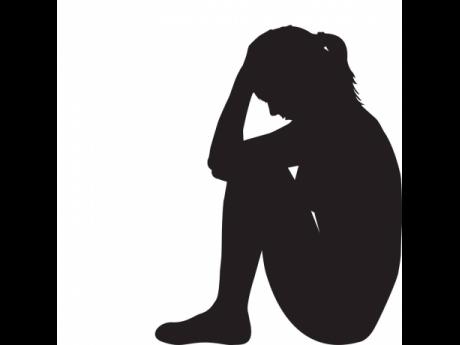 The overwhelming grief and depression that retired office helper Paula Simmonds has been grappling with for the last two years, since her two teenage grandsons were shot dead by robbers at their home in Kingston, have intensified since February when her son was shot and killed by the police.

‘It is only my faith in God and comforting words from friends that have kept me holding on because the pain is unbearable,” the grieving mother said this week.

Simmonds’ son Carl ‘Jesus’ Montague, 39, was shot and killed by the police in McIntyre Villa in Dunkirk, Kingston 16, on the night of February 10.

She says her son was killed on the day of the second anniversary of her grandsons’ funeral.

Simmonds’ grandsons Adonere Bowen, 19, a member of the popular dance group Team Ultimate and Jervauni Bowen, 17, a sixth form student of Clan Carthy High School, were shot dead in front of their mother during an early morning robbery attack at their home in Rollington Town, Kingston, on the night of November 13, 2018.

“Neither my son nor my grandsons had ever been involved with the law and they have clean police records and even the officers from the Independent Commission of Investigations had to remark on my son’s police record.”

“He was nicknamed Jesus because he was kind, compassionate, loving and caring and was loved by the residents and family members because of his good behaviour and willingness to help others. My son worked on construction sites and he was always saying he loved to work because he had his daughter to take care of and did not believe in begging or handouts,” she said.

She disclosed that her son had left behind an 11-year-old daughter who he was solely responsible for, and said further that minutes before he was gunned down, he had cooked and taken dinner for his daughter who lived nearby with her mother. She said the very week her son was killed he should have started working as a security guard at a company in the Corporate Area.

“My son was very loving and kind to me and would visit me regularly and help me to do chores around the house. He treated me well and always helped me financially. Every Mother’s Day he ensured I was royally treated and always cooked a special meal for me. Now that will never happen. Right now my life is so empty and I cannot sleep at nights,” she sobbed.

Simmonds visited the area the day after the fatal shooting and she said some residents informed her that her son, on returning home from visiting his daughter, was sitting and eating his dinner near to where some men were playing a board game when shots were fired at them.

The police had reported that Montague was fatally shot in a confrontation with the police about 10 p.m. on February 10, and a 9mm pistol was seized.

According to Simmonds, some residents have given a different version of the shooting but are afraid to give reports.

“My heart broke when I saw some residents crying openly and saying that my son had never been in a fuss with anyone and was always so very helpful and did not deserve to die in that fashion.

“I would like to see the results of tests done on his hands to determine the truth about the firing of a gun, but to date, I have not received any such report. The result would mean a lot to me and to his child, “ Simmonds emphasised.

“My son’s body is now at Samuels Funeral Home on King Street in Kingston and I do not have any money to pay for funeral expenses.

“ I have done nothing but good in my life, why I am suffering so much in my old age?” the bewildered mother cried.

Simmonds is very worried about the future of her granddaughter and she says despite being a pensioner, if she could get a job she would ensure that the child gets a good education.