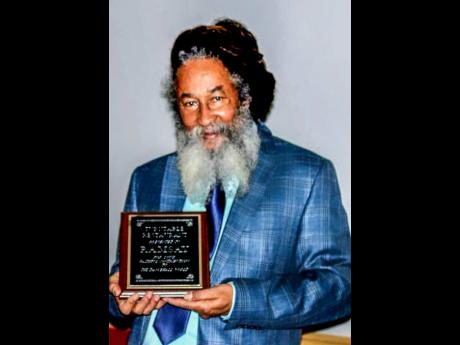 The Jamaican entertainment fraternity in Toronto is mourning the death of Deryck Charles Ramsay, who was popularly known for his philanthropic and promotional business acumen.

He died April 26 of COVID-19 complications, after being hospitalised for about month at Toronto’s Western General Hospital.

He was the fourth of seven children for parents Millicent and Noel Ramsay.

He lived in Kingston from age 5, where he later attended Excelsior High School, then migrated to Toronto, Canada, in 1970, to join his older brother Loel. They both worked at the Canadian National Railroad until Ramsay resigned to pursue his passion of promoting live reggae music productions in the city. He also worked as a machine operator at the Brick Warehouse.

He founded Ramsay Music Promotions, a company he nurtured while his brother worked alongside him.

Most notable was his pioneering initiative of being the originator of the Farm Dance parties – summertime fêtes held in Ontario’s farmland areas where no one could complain of noise disturbance from the multiple sound systems blasting. The outings were popular not-to-be-missed events that would see hundreds of city dwellers driving to the long-distance locations.

Over the years, Ramsay collected countless awards for his contribution to reggae music, including the Bob Marley Award and the Turntable Restaurant Recognition Award for Dancehall Promotion.

He was described as a selfless community icon for his philanthropy.

Says his son, Marquez Ramsay: “My dad was very loving, and he’d capture a room once he walked in. People would just walk over to him.”

He generated funds through an annual fish fry and free back-to-school BBQ events, his collaboration with Carl ‘Grandmaster Rosa’ Rosegreen of Soul to Soul, and Tony ‘Traffic Man’ Scott, to give away backpacks filled with school supplies for children.

Scott, who has known Ramsay for over 30 years, extolled his virtues, and chief among them was his fundraising initiatives.

“Ramsay was a big part of the community, and I hope someone from his family will continue what he had been doing for his foundation,” states Scott.

Loel Ramsay understands the impact of his bother’s death, which is still sending shock waves even to Jamaica and the USA.

“Ramsay was a visionary, who believed in community and did his part to impact the next generation of young people. He lived, loved and included his family in everything he did,” concludes Loel to The Gleaner.

“He connected his two loves – community and dancehall – where he leveraged partnerships with friends and hosted events. Promoting these endeavours was important to him as he often said, ‘education is the key to the future’.”

Funeral service will be held at the New Haven Funeral Centre on May 22 at 10:00.a.m He will be laid to rest at Glenview Memorial Gardens.

The event will be livestreamed via https//newhavenfuneralcentre.com/tribute/details/950/DeryckRamsay/obituary.html to log on. https://stream.openentertainmentinc.com/funeral-service-via-stream/