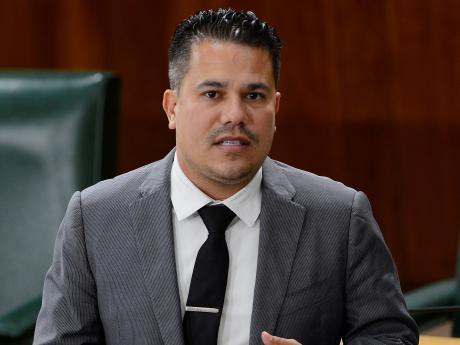 Minister without portfolio in the Ministry of National Security, Senator Matthew Samuda, says that the Department of Correctional Services is seeking to engage a senior psychiatrist to assist with treatment of inmates with mental illnesses.

Samuda was providing an update on measures being implemented to correct deficiencies identified in an audit commissioned following the death of 81-year-old mentally ill inmate Noel Chambers.

The audit was completed in January and the key findings submitted to the cabinet.

Samuda outlined that deficiencies were identified in human resources, particularly medical. He said a review was completed and an organisational chart prepared by the Medical Unit to provide a strategic road map to address staffing issues.

“We are working to provide for the upgrade in the Specialised and Medical Services Division," he said.

“It is intended that a cadre of psychiatrists will be led by a notable psychiatrist to provide for requisite assessments and to ensure that we are up to date with our reporting requirements and, indeed, to provide some remedial care,” he added.

Samuda told the senate that consultations have been undertaken and systems implemented to improve accountability in the nation's correctional facilities and reduce the opportunity for incidents similar to Noel Chambers'.

Other improvements to be made

He noted that the Department of Correctional Services is already ensuring that a master listing for the respective courts is prepared and submitted accordingly. He said the listing is up to date, with the last one submitted for April 2021.

The senator said that steps are also being taken to renovate existing facilities to address overcrowding.

He said that partnerships will be leveraged with civil society and non-governmental organisations to undertake the improvements.

He noted that in recognition of the fiscal constraints and the need to urgently address this issue, the Ministry has held talks with Missionaries of the Poor and “we are looking at a project which should be nearing completion soon, to relocate our bedridden inmates in a manner that will allow them to receive the sort of care that they deserve."

Among the primary findings of the internal audit were excessive delays by the courts to request mentally ill inmates to be placed before magistrates; inadequate medical professionals on staff to provide sufficient care to the mentally ill; no written standard operating procedures to guide correctional officers caring for mentally ill inmates; mentally ill inmates being housed among the general population at the St. Catherine Adult Correctional Centre and at Tower Street, overcrowding of blocks within the facilities; and no established psychiatric wing within penal institutions.