We stand in solidarity with our J’can sisters

Women in the diaspora react to surge in domestic violence, murders 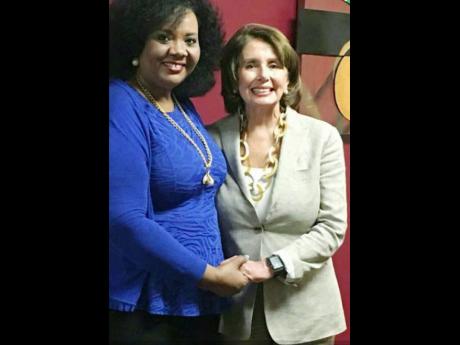 Recent news of attacks against females in Jamaica have raised concerns among Jamaica-born women in the Diaspora. This, despite assurances from the island’s constabulary that visitors to the country are rarely targeted as victims of violent crime.

Sophia Nelson, public relations practitioner spoke to The Gleaner candidly about how the reports has affected her as someone who travels to the island regularly.

“As a Jamaican woman within the Diaspora it is disheartening to see women (and young girls) falling as victims to these heinous acts. Jamaican women have made gains in the island and abroad. It is very sad and we women in the Diaspora stand in solidarity with our Jamaican sisters. We harbour hope that at some point there will be a turnaround in the land we love,” Nelson said.

She said the socialisation of both males and females needs to be firmly adjusted.

“Until some of our men stop seeing women as their property, and some of our women stop commercializing themselves, the problem will prevail. We need, as a country, to change the way we raise our children. Therein lies most of the problem. Whether male of female we are all humans with the same rights and expectations of equal treatment. When we are outside of Jamaica and hear all these horrible things happening it is not easy to digest,” she said.

Jamaica-born vice chair of the Florida Democratic Party, Reverend Karen Green called for an overhaul of the island’s legal set up.

“The legal framework in Jamaica does not lend itself to encourage women to either report their abusers to the police or to leave and seek shelter elsewhere for their protection and safety. As the law now stands, the police cannot bring charges against an abuser unless the affected woman files a complaint and provides a statement.

“There is no provision in the law for police officers to pursue legal action against an abuser without such a statement by the abused even where clear evidence exists of the abusive activity. Further, many women in Jamaica, because of financial dependence on their abusers, are forced to remain in such relationships,” Green told The Gleaner.

Green said another reason for the rise in abusive behaviour towards women is the public’s attitude at large, which she said, tacitly condones such behaviour.

Recently a video recording emerged on social media which led to calls from the opposition People’s National Party for Jamaica Labour Party Member of Parliament, George Wright, to be removed from the House of Representatives. The viral recording showed a man alleged to be Wright clouting a female with a chair and beating her for several minutes. No charges have been brought against Wright as the woman involved has not given a statement to the police complaining that Wright assaulted her.

"To tame these out-of-control monsters in Jamaica, lawmakers must change to existing laws to provide the police with the ability to pursue criminal actions against these perpetrators," Green said without making any direct comments to the George Wright affair.

She continued: "There needs to be a structural re-alignment of provisions for a woman to leave an abusive situation, and the attitude of the Jamaican population needs to re-think its approach to domestic violence. No longer can society continue to turn a blind eye to this. It needs the collective will of all Jamaicans, both in Jamaica and abroad, to begin to take steps to tame this monster; otherwise, we will continue to see not only a rise in abuse but more deaths resulting from such actions. The time to act has passed, and a concerted effort must begin to curb this growing situation. We can no longer sit back and say this is between a man and a woman. We are all affected."