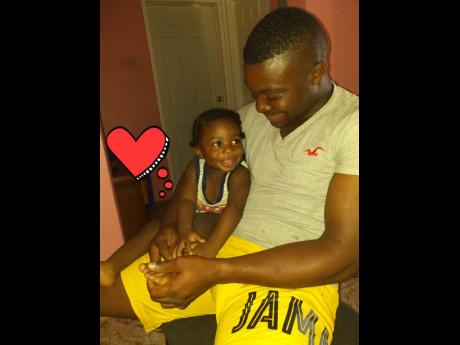 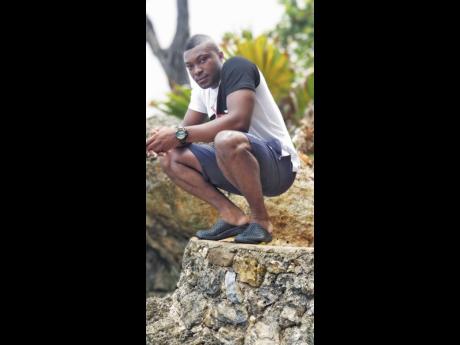 Contributed
Romain Smikle hopes to give his son a good life.
1
2

“BEING ABLE to say I helped to create a little life is a big deal for me. My son’s birth and his life are a daily reminder to me that I am a man with responsibilities and I have a responsibility to honour him”

These are the words of Romain Smikle, who through his newest role as a father, is now more than ever, committed to adding value to his child’s life and realising his own dreams.

The young father said he not only endured hardship, but learned from early the importance of showing up for himself and understanding the lessons only life experiences could teach him.

“I grew up in Wild Cane, St Ann. My parents were poor, and we had a lot of financial difficulties … . I was only able to go to school for only three days out of any week. On the days I didn’t go to school, I had to help around the house to make things easier on the family. It was a lot of us in the home, and so everyone had to get a piece of the educational pie. Being the youngest in the family, I came under a lot of pressure. I had to help around the house even when the others didn’t want to. I was talked down to a lot, but I learnt to survive it all.”

Not only did his circumstances weigh on him emotionally, but the physical conditions took a toll on him.

“There was no running water in the home, so I had to carry water for use in the house from a river some miles away. It was very hard. I know what it feels like to look after animals before going to school. I am used to getting up early in the mornings as my chores would begin from as early as 5 a.m. The evenings were no different as when we got in from school, we had to go look for firewood to make the fire for the dinner.”

But that was just the beginning of hardship as the then 17-year-old Smikle was forced to live life without the one that brought him into this world.

“The hardest time in my life was when my mom died. Things got really hard during this period. This took a major toll on me as she was my world. I used to depend on her, sometimes for so many things, but when she was gone, things became very difficult.”

Though pressed on every side, Smikle knew nothing would happen if he did nothing and soon enrolled himself in a Career Advancement Programme at the HEART Trust National Training Agency shortly after completing high school.

“I ended up working at a hardware store in the town of Spalding (Clarendon). I had to do a lot of heavy lifting, rode on the back of delivery trucks to deliver items all over the place, and endured disrespect from persons who saw us as less than them. I was overworked most of the time because I wanted to prove myself on the job. I didn’t want to lose it.”

But after leaving the hardware store and later moving to a gas station and a welding plant, Smikle got the break he knew would change his life forever.

“I overcame these struggles by being resilient. I did not allow any of the things that I was going through to break me. I wanted the world to see that I had something in me. I was built to survive. I took the army test three times and was unsuccessful the first two as math was an issue for me. However, a friend who was a teacher offered to assist with tutoring me in the subject and encouraged me to keep trying. This time I was successful and got the opportunity to do what I always wanted to do since I was a child: join the Jamaica Defence Force. This was a significant and life-changing experience for me.”

A beaming light on his list of accomplishments, Smikle is happy to serve his country. But nothing brings him more joy than being a father.

“Becoming a father was the greatest feeling I have ever had, and I thank God and my partner Latoya for sharing this opportunity with me. I felt a lot of things, and I also learned many new things about myself and about life. My son Alexandre has opened up my life to a world of wonderful things and has helped me to make better decisions. He causes me to think more deeply about these very decisions. He causes me to make them more wisely as I know that someone is dependent on me. He teaches me how to develop myself. My son brings out the man in me.”

Attached to the JDF Air Wing as a C2 firefighter, the aspiring justice of the peace is of the belief that others, who, like him, have faced adversity, can achieve anything they put their minds to.

“Just continue working hard. Have your head in the game. Try to maintain discipline at all times while continuing to work hard. This is to set a goal that you want to achieve. Never lose faith in yourself as you can achieve anything you put your mind to.”