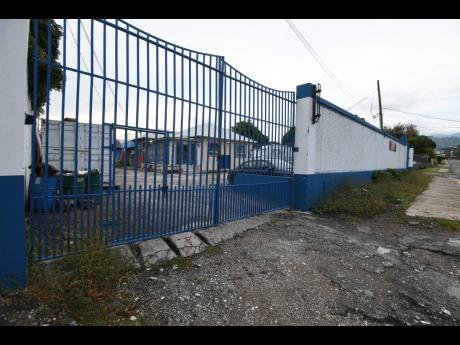 An intriguing court battle is shaping up between the Government and Charley’s Windsor House Limited, which is pushing to build a gas station at 9 Herb McKenley Drive in St Andrew, despite concerns it would be an “undesirable intrusion”.

Last month, the Supreme Court granted Charley’s permission to get a judicial review of the Holness administration’s decision to deny the application to construct the service station and a convenience store on its property.

Justice Kirk Anderson ruled that the company had established that it has arguable grounds for a review, with a “realistic prospect of success”.

A judicial review allows the court to determine whether the procedures used by an authority to arrive at its decision were fair.

The judge favourably considered Charley’s claims that, among other things, the residential area was rezoned for commercial use and the lack of reasons provided for the dismissal of an appeal heard by Daryl Vaz when he was a minister in the Office of the Prime Minister.

In December 2018, Charley’s applied to the Town and Country Planning Authority (TCPA) and the Kingston and St Andrew Municipal Corporation (KSAMC) for building and planning permission.

On June 11, 2019, the TCPA informed the company that its application was refused. A similar response from the KSAMC was communicated on July 9, 2019.

The TCPA gave three reasons for denying the application. It said the gas station and store would be an “undesirable intrusion into the predominantly residential area and would be detrimental to the amenities”.

The authority also said the 2017 provisional order, along with other policies, “prohibits such industries taking place where amenities may be affected”.

The third reason was that the proposed distances from the residential and institutional developments “do not satisfy the requirements” of the revised policy guidelines for proper sitting and design of petrol- and oil-filling stations.

Charley’s appealed the TCPA’s decision to Vaz, an opportunity the law allows for aggrieved applicants.

A panel heard the appeal on November 26, 2019, and almost a year later, on October 25, 2020, Prime Minister Andrew Holness dismissed Charley’s arguments and upheld the TCPA’s decision.

Holness is also the minister of economic growth and job creation, under whose portfolio the TCPA falls.

The minister told Charley’s that he was “satisfied,” after reviewing the technical reports and submissions, that “this type of land use cannot be supported at the proposed location, which was formerly 9 Roosevelt Drive, before it was renamed in 2004.

Unhappy, Charley’s filed a claim in the Supreme Court on January 20 seeking permission for a judicial review to quash the minister’s decision.

Justice Anderson decided the matter based on the submissions from the parties.

Charley’s contended that the decision to dismiss its appeal was “unlawful, irrational and illogical”; that there was no appeal procedure in the TCPA’s law to challenge the decision of the minister; and that it had no other alternative remedies.

The matter was down for hearing on February 10, although Holness’ submissions came on February 15. The judge nonetheless accepted the submission and decided the matter on paper.

In his ruling, Justice Anderson noted that the court’s role at this stage was to decide whether the grounds had an arguable chance of succeeding and not to rule on the substantive matter surrounding the appeal of the TCPA’s decision.

Charley’s contended that the minister’s view of 9 Herb McKenley Drive as mainly residential and thereby precluding commercial use was wrong. It said this was also an erroneous conclusion of the TCPA.

Charley’s pointed to a report it commissioned from Breakenridge & Associates, a real estate dealer and surveyor, to support its claim that the character of the neighbourhood had changed.

The report said the area was a “mixture of older-type, single-family, detached dwelling houses ... which have been converted to commercial spaces, interspersed with institutional light and industrial uses in the form of a church and a gas station”.

The 2017 provisional development order, which rezoned the area for commercial and office use, was also relied by on the company.

Government lawyers, however, argued that despite the changes, consideration had to be given to the residential component and the impact a gas station would have.

Justice Anderson said the minister did not “explicitly communicate” that the area was treated as residential when the appeal was being considered.

He ruled that questions of whether the area was commercial or residential is relevant to the case and requires “proper ventilation” at a judicial review, which would establish whether the authority and the minister made an error.

Charley’s had also argued that the minister failed to consider several factors, such as the area being rezoned for commercial use and the non-objection from the National Works Agency, the health ministry, the Jamaica Fire Brigade and the Bureau of Standards.

But the Government’s legal team hit back, noting that the minister did indicate that he reviewed the technical reports.

The court, however, said that given the provisional development order, it is “questionable” what weight was placed on it in arriving at a decision.

“The court accepts that the respondent is not obligated to slavishly apply said development order. The court, however, firmly believes that evidence should be led as to the weight which same was given,” Justice Anderson argued.

He added that based on the submissions from the parties, the court was “unable to satisfy itself” that “due weight” was given to all the factors Charley’s raised.

Charley’s also argued that the Government breached the law when it issued the appeal decision well after the 90-day period that the law allows.

The Government said, however, that while it appeared that the law was not complied with, the legislation did not have any provision to invalidate a decision for failure to comply.

The judge said because the court must review the processes to determine any breaches, the ground for a judicial review is with merit.

And the Supreme Court has added its voice to a raging local debate in local jurisprudence over whether public authorities should be compelled to provide reasons for their decisions even when the law does not mandate one.

Charley’s contended that the minister did not provide any reasons for the decision to uphold the TCPA’s decision blocking the construction of the gas station, which rendered it “unable to fully criticise the decision”.

The Government’s lawyers responded that the TCPA law does not include a requirement for the provision of reasons and, further, that Charley’s was aware of the issues the authority had with the proposal.

NO DUTY TO PROVIDE REASONS

Justice Anderson acknowledged that the minister does not have a duty to provide reasons.

But he said “it is expected that for good governance and integrity, reasons will typically be stated for his reasons”.

Citing previous cases in which judges affirmed that reasons were critical to understand how planning permissions are treated, Anderson said his court and Charley’s were deprived of understanding what weight was given to the various factors.

Increasingly, local courts are being called upon to pronounce on cases where a public official or authority makes a decision without providing reasons, especially in instances where they have no legal duty to do so.

The family-owned Charley’s Windsor House used to be a department store but has transitioned into a shopping centre –Brown’s Town Mall – and is now one of the largest commercial real estate properties in St Ann.

A National Commercial Bank mortgage was registered on the Herb McKenley property on August 3, 2011, to secure $96.8 million with interest.

The Government’s legal team was led by Kamau Ruddock, while Trudy-Ann Dixon-Frith took instructions from DunnCox for Charley’s.