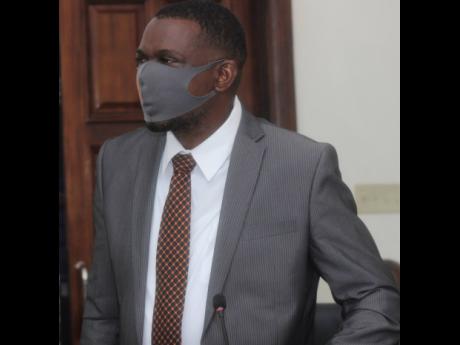 With more than 500 homicides nationally since the start of 2021, Garfield James, the newly appointed chairman of the Civic and Community Affairs Committee at the Westmoreland Municipal Corporation (WMC), says he wants to see the nation’s crime scourge being treated with the same urgency as the COVID-19 pandemic.

According to James, while nothing is wrong with the zeal, determination, money, investment, and sacrifices being directed towards the COVID-19 pandemic, he would like to see a similar attitude being taken towards addressing the nation’s crime problems.

“We have a case where we are in the second year in fighting a pandemic and we have fewer deaths; and we have a case where, for the last 10 years, we have had over a thousand murders being committed yearly. Where is the national consensus around that?” asked James, in calling for a greater focus on crime.

“Why is it that we can’t take a similar approach to this monster [crime], which is killing so many of our citizens,” argued James, who was speaking at last Thursday’s monthly meeting of the WMC.

Since January, the country has recorded more than 500 homicides. The west has figured prominently in these homicides with St James having 60, Westmoreland, 32; Hanover, 15; and Trelawny, six.

Since the onset of the coronavirus, the Government has spent billions of dollars to contain the virus, which has seen some 47,150 cases, with 838 deaths, up to May 13.

“In my opinion, if we continue on this trajectory, I don’t know what Jamaica is going to be,” said James, in reference to the crime situation. “I don’t know where in this dispensation we are going to achieve anything as it relates to the objectives of the 2030 vision, which we don’t normally speak about anymore.”

While acknowledging the work of the island’s healthcare workers, James further sought answers from Dr Marcia Graham, the chief medical officer of health for Westmoreland, as to whether she was not equally saddened by the deaths of persons killed in violent incidents as she was about those who died from the coronavirus.

In response, Graham admitted that she, too, was saddened by the national homicide rate, albeit not speaking to the national response to crime.

“I am indeed saddened and I think it is heartbreaking,” said Graham in responding to James. “Even as I have the COVID-19 response in centre focus, I am not blinkered as to what else is happening and it’s really sad.”

“The crime and violence against our women and children is disheartening, it cuts across gender. Persons of both sexes are being killed in our beloved island, and I agree with you that it needs attention,” added Graham.