Police sergeant fined $300,000 for failing to give statement to INDECOM 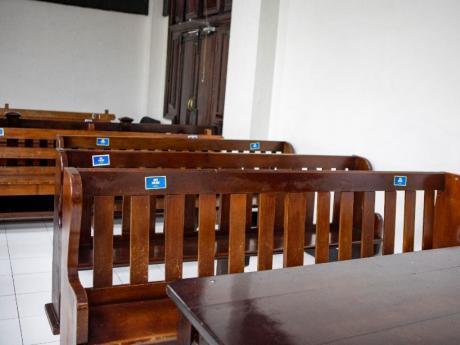 Smith was found guilty in March for failing to comply with a lawful requirement from the commission without lawful justification or excuse.

Police sergeant Gilbert Smith was on Monday has been fined $300,000 or three months imprisonment for failing to give a statement to the Independent Commission of Investigations (INDECOM) in relation to a case of assault.

Sentencing was imposed by parish judge Dale Staple in the Clarendon Parish Court.

According to INDECOM, in passing sentencing, Staple outlined that “deterrence, punishment, protection of society, probity, transparency and cooperation of the membership of the police force is vital to the process [of oversight]. The conduct of members of the force can stand up to scrutiny”.

Smith was found guilty in March for breaching of Section 33 of The Independent Commission of Investigations Act, 2010.

According to the investigative oversight body, the judge found that the repeated failure by Smith, as someone in a supervisory position, to provide the statement requested by INDECOM sent a “bad message to squaddies below his rank”.

Staple reportedly added that there was the need to send a strong message that INDECOM's notices are to be complied with; it is not an option; the non-compliance will not be tolerated.

It was outlined in court that three requests were made of Smith to furnish a statement to the commission concerning an investigation of an incident of assault on September 16, 2016.

Smith failed to provide a statement.

He was subsequently charged for failing to comply with a lawful requirement from the commission without lawful justification or excuse.