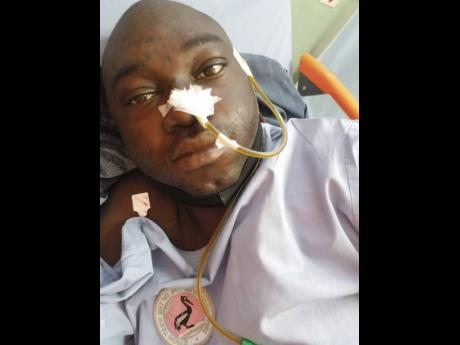 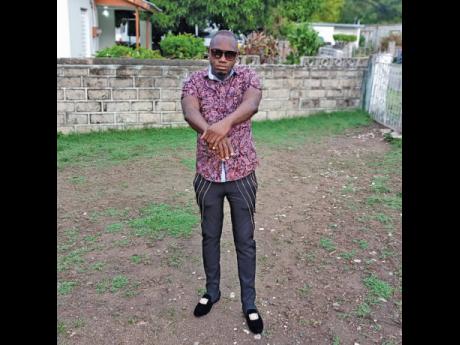 Thirty-five-year-old Kelroy Lumsden, of Montpelier in St Thomas, is hoping that a good Samaritan may grant him the gift of life, having been subjected to dialysis treatment pending receipt of a kidney transplant.

Despite having undergone approximately five months of treatment, the young man who was diagnosed with kidney failure believes that the dialysis will soon not be able to help.

But just under a year ago, Lumsden, who is a certified electrician, was living what seemed to be a normal, healthy life.

“I was working over by the Greater Portmore High School where we were rewiring the building when I began to throw up. Everything I ate came up back until blood started come up. I was taken to KPH where they ran some tests and diagnosed me with kidney failure. The doctor told me both kidneys had failed and that he would have to do an emergency operation to flush my stomach of toxin.

“I was so shocked, I asked the doctor if he was sure as I wasn’t experiencing any symptom,” he said, sharing that in the moment he felt as if everything was happening too fast.

Lumsden told The Gleaner that he immediately checked out of the hospital and sought the advice of a private doctor to get a second opinion.

He shared: “After doing his checks, the private doctor said he’s glad I found him and didn’t do the operation because the kidneys aren’t doing as bad as I was initially told. He said he could treat me so they wouldn’t get worse. I began visiting this doctor every week, spending up to seventy thousand dollars each time for the visits, medications and tests.”

It was some $800,000 later when Lumsden realised that his health was, in fact, getting worse.

According to him, “I was home in November and realised I couldn’t lie down and sleep, I had to sit up because I was having shortness of breath. I called my brother who took me to Princess Margaret Hospital where I was diagnosed with the same kidney failure.

They asked about dialysis and I told them I was visiting a private doctor and showed them the meds that he had been giving me. When the doctor looked on them he said, ‘you’ve been conned, son … all of these medications are just pressure tablets’. I was totally shocked.”

Lumsden, who was by this time due for an operation, later visited KPH with a referral from the St Thomas-based hospital, but was told that the next available date was some seven months later.

“I decided I couldn’t wait that long because by now I was swelling badly all over. I could hardly move.

I left KPH but decided I wasn’t going back home because I knew if I did, I would have died. I decided to go to the university hospital to try my luck. There, they did an emergency operation on me as soon as I was registered,” he said, sharing that he has been on dialysis at the Diabetic Association on Old Hope Road since December of last year.

Lumsden, who touched base with The Gleaner a few moments before one of his treatments, shared his concern that he may soon need more than what is being done.

“I know it (dialysis) will only help for a period of time so I’m seeking a kidney donor. My blood type is O-positive. Most of my family members are hypertensive or diabetic so they aren’t able to help me, apart from financially. So, I’m asking if there is anyone willing to help me I would be really grateful,” he said.

Lumsden shared that he has the desire to go back to work but hasn’t been able to do so since his diagnosis. He is also appealing to anyone who may be able to assist in footing the cost of dialysis, which he has to do up to three times per week.