Doctors back Ivermectin in COVID-19 fight 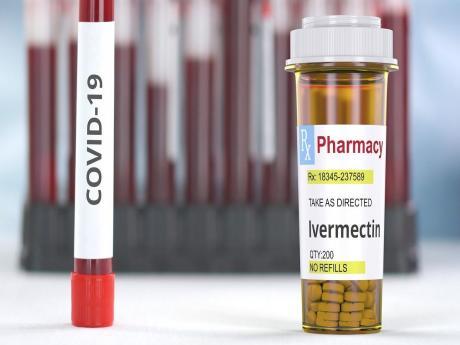 The doctors argue that the drug is needed for Jamaica’s COVID-19 response given the low vaccination rate and the real threat of viral variants with another wave of infections looming - Contributed photo.

A group of doctors have renewed their call for the use of the parasitic drug Ivermectin in the fight against COVID-19 in Jamaica.

The group has written an open letter to Health and Wellness Minister Dr Christopher Tufton and his technocrats urging them to allow doctors, at their discretion, to consider introducing the drug as a coronavirus treatment.

Tufton has repeatedly stated that Jamaica would not approve the drug in this regard because the Government believes that its safety and efficacy for treating COVID-19 needs better research.

But the doctors disagree with this stance, arguing that new studies have shown that Ivermectin is an effective tool at the early stage of diagnosis.

“It is widely agreed that there is enough evidence to support the use of Ivermectin in the treatment of COVID-19 at the discretion of doctors and with the agreement of their patients,” they argued.

“We need not await WHO approval of the use of Ivermectin for treatment of COVID-19. The WHO, unfortunately, has been slow, and sometimes incorrect, in its assessment and advice on various aspects of the pandemic and specifically so in relation to its current stance on Ivermectin.

The doctors argue that the drug is needed for Jamaica's COVID-19 response given the low vaccination rate and the real threat of viral variants with another wave of infections looming.

The undersigned respectfully submits the following open letter to you and your team at the Ministry.

First, we express our appreciation for your untiring efforts on behalf of the nation in dealing with the current Covid-19 problem. Information gathering, policy development, public education, and execution of plans have been, and continue to be, a huge task. We also wish to commend and support the Ministry as you continue the critically important vaccination programme.

However, there is a particular element of the Covid-19 management strategy which we believe will be of great value, together with the vaccination thrust, and which, up until now, has not met with your approval. Specifically, this relates to the use of the drug, Ivermectin.

From about the middle of 2020, an ever-increasing number of credible reports, studies, and publications have demonstrated the safety and efficacy of Ivermectin in the management of the SARS-CoV-2 virus infection.

These numerous reports, which have come from many countries, have been meticulously and very helpfully collated in a number of meta-analyses which indicate the positive effect of the drug against the virus.

We draw your attention, in particular to the extensively and intensely researched publications and presentations from the Frontline Covid Critical Care Alliance in the United States, and from Dr Tess Lawrie, a medical statistician, and adviser to the World Health Organization (WHO).

Dr Lawrie's real-time meta-analysis of 52 studies, including 27 Randomized Controlled Trials, reported the following in respect of Ivermectin efficacy: a significant prophylactic effect, 81% improvement in early cases, 43% improvement in late cases, and an overall reduction in mortality of 76%.

While Ivermectin efficacy has been demonstrated in the management of all stages of Covid, we draw particular attention to its use in the early stage of the disease as referenced in this quotation.

At present in Jamaica, when a person tests positive for the SARS-CoV-2 virus, the standard MOHW recommended advice is for isolation, monitoring, and symptomatic remedies.

In other words, it's a wait-and-see management approach.

No specific anti-viral treatment is offered during the first few days of the infection, therapeutic efforts being largely reserved for the later, severe, and sometimes lethal “cytokine storm” phase of the illness.

The published literature indicates that one of the crucial benefits of Ivermectin is its use during those first few crucial pre-symptomatic or early symptomatic days after infection to prevent progression of the illness.

In our carefully considered opinion, the available data on Ivermectin is quite adequate. There is no need to await the outcome of further trials. Any call for local trials prior to approval is unnecessary, as neither time, resources, nor ethical approval would permit.

We need not await WHO approval of the use of Ivermectin for treatment of Covid-19. The WHO, unfortunately, has been slow, and sometimes incorrect, in its assessment and advice on various aspects of the pandemic and specifically so in relation to its current stance on Ivermectin. Several medical jurisdictions in various countries are proceeding to include Ivermectin in their Covid-19 treatment strategies.

Please note that Emergency Use Approval has been granted from health regulatory authorities, including WHO, and FDA, for the clinical use of other treatment regimes (Remdesivir, Convalescent Plasma, Monoclonal Antibodies, etc.) with far less research and data support compared with Ivermectin.

To date, less than 10% of our population has received at least one vaccination, and the real threat of viral variants with another wave of infection is looming.

In spite of repeated requests from individuals and groups within the medical community, the MOHW has declined to be involved in the importation and distribution of adequate quantities of Ivermectin. Instead, the MOHW has invited private interests to apply for approval through the Standards and Regularity Authority.

We consider this unacceptable for a number of reasons.

Firstly, this would result in the drug being available at private pharmacies at high prices, and would not facilitate easy access through the public health system.

Secondly, recent applications through the Regulatory Authority have been stymied by a number of requirements including “the conducting of bioequivalence studies” on the product.

The National Health Fund (NHF) imported a small quantity of Ivermectin some time ago and presumably, such requirements were either met or considered unnecessary.

Whatever might be the MOHW's interpretation of the available data, it is widely agreed that there is enough evidence to support the use of Ivermectin in the treatment of Covid-19 at the discretion of doctors and with the agreement of their patients.

At present, limited supplies of Ivermectin are available in Jamaica at “black-market” high prices and being used without adequate medical supervision.

Whether or not the MOHW chooses to include Ivermectin in its approved protocol for the management of Covid, we call for the NHF to be allowed to import adequate quantities for widespread distribution, at best prices, for use in public and private sectors under doctors' prescription and supervision.

The undersigned represent many other doctors in both public and private practice who agree with this position.